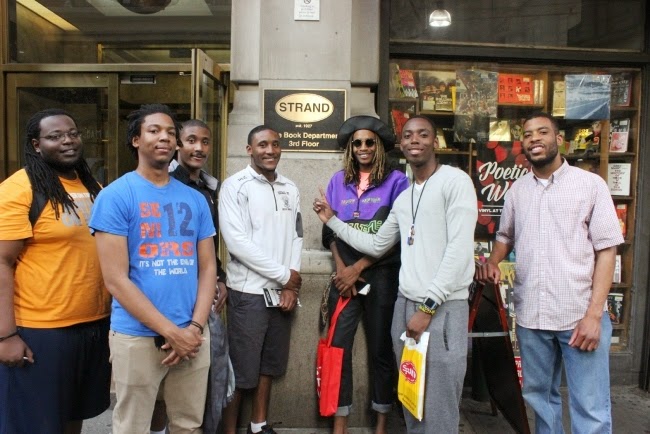 Each May from 2009 - 2013, I led groups of SIUE students to New York City. I took a break in 2014, but early last Fall, a group of students approached me and asked would I organize another trip. With contributions on the part of the travelers and assistance from several kind donors, we made it happen.

During our trip, we visited Harlem, the Schomburg Center for Research in Black Culture,   the Strand Bookstore, the African Burial Ground, the Museum of Modern Art, the Museum of New York City, and various other locations.

Entries:
• At the Strand Bookstore
• At the MoMA
• Philosophical perambulations in NYC
• We're a team, but not that kind of team
• Jacob Lawrence’s Migration Series by Jeremiah Carter