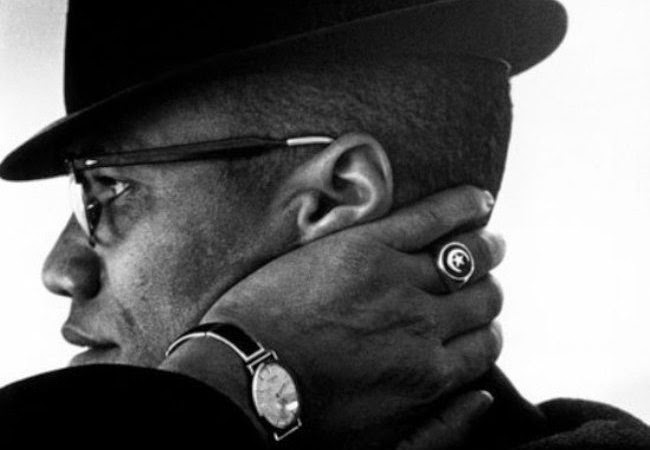 We'd have a hard time envisioning some of our major developments in black poetry over the last 40 or so years without the influence and inspiration of Malcolm X. Most notably, his ideas and styles of delivery permeate Black Arts Poetry. He was an essential muse.

And well beyond poetry of the 1960s, we can still witness the spirit of Malcolm haunting rap music. The images of serious, conscious, black men dropping knowledge in public indeed link back to the slain minister. Malcolm's strong sense of style, memorably captured in photographs, gave generations of guys the notion that they could be cool and conscious.

Poets and others have written frequently about MLK. And in recent years,  Obama is referenced fairly often among rappers. For some reason though, Black Arts poets and rappers have not chosen to inhabit the personas of those figures to the degrees to which they channel Malcolm. Maybe it's the whole bad boy thing that makes Malcolm so inspiring?

Today, the fiery militant would have been 90 years old. For black verbal artists, Malcolm was and continues to be a wellspring of poetic possibilities.