[A panel from Caleb Butler's exhibit “Support and Success of African American Men at a Predominantly White Institution."] 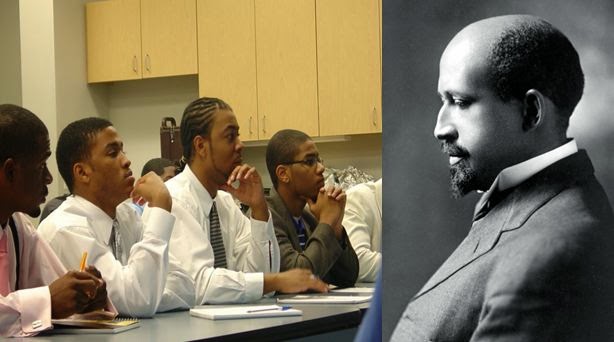 “I went to – my high school was predominantly white. I played baseball in a predominantly white high school, so like - I’m just, I’m lucky. Or I’m - blessed is a better word. But I was prepared well to deal with both sides. Like I had, I had a lot of black friends in h.s., like of course. I went to - I’m black, you know what I’m saying? I went to, I had white friends, too. So like … I just, I know how to present myself. I know how to present this picture. Like I know how to just like, I know not to come off as that angry black guy. I know how to not like come out that ignorant black guy. I don’t, I try not to, I don’t curse in public really, or out loud. I try not to say the N- word in public. I wanna make sure I seem approachable.”

“Cause I started playing baseball when I was like 10. … So getting comfortable with like white people has been happening since 10.”

Related:
• Support and Success of African American Men at a Predominantly White Institution
Posted by H. Rambsy at 4:23 PM