Being Black Men on campus at a PWI

As we talked about being a black man in the classroom and around campus, several participants described occasional feelings of isolation; feeling pressure to maintain impossibly high standards; and also a lack of university support. –C.B. 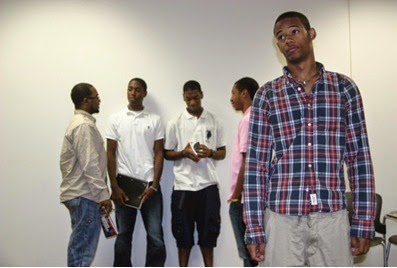 “Almost like marginalized because it’s not like this school is right up your alley or like it doesn’t always feel like they cater to you as an individual, because like everything isn’t necessarily geared toward you, or like the teachers don’t look like you or the people next to you don’t look like you, and it seems like sometimes you’re almost in a fish bowl by yourself, sometimes. It is like that at certain junctures, but it definitely is like that. … You don’t wanna be the one black guy in class that’s always raising his hand because you don’t want to seem like that one person in the class, you don’t wanna be put on a island in class. You really want to be like, to feel like you’re in the middle of a melting pot in class.” 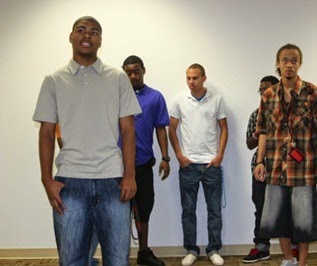 Related:
• Support and Success of African American Men at a Predominantly White Institution
Posted by H. Rambsy at 4:11 PM