Sequoia Maner and the ongoing sagas of Black Elegies 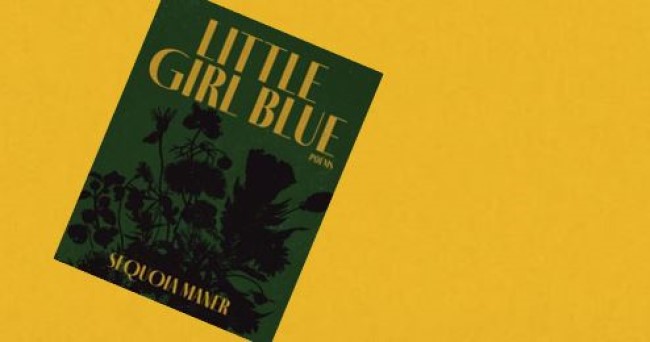 Almost twenty years ago when I began studying the Black Arts Movement, I started noticing all these tribute poems or elegies focusing on Malcolm X. Or hold up. Perhaps, I began reading these Malcolm X poems, and that led to my interest in the Black Arts Movement. Either way, I became increasing interested in how poets used memorials, tributes, elegies to explore ideas and expand knowledge.

It's worth noting that Maner is a co-editor of Revisiting the Elegy in the Black Lives Matter Era (2020), which is to say she's been thinking on elegies in scholarly and poetic contexts. I'll do future entries on other aspects of Little Girl Blue, but for now, I wanted to note this point that Maner connects to a longer history of tribute poems and elegies by black poets.

Not long after Frederick Douglass died on February 20, 1895, Paul Laurence Dunbar wrote an elegy "Frederick Douglass," which he read at a memorial service in honor of the towering figure. Later, Dunbar wrote another elegy entitled "Douglass." Over the decades, Douglass became a recurring subject for elegies. Langston Hughes, Sam Cornish, Dudley Randall, Evie Shockley, Tim Seibles, and others have composed Douglass poems. Those Douglass poems are part of a large body of works that memorialize formerly enslaved people.

Slavery is not a central feature of Maner's book, but this practice of reflecting on black lives in verse is what connects her to these previous generations of poets.

Over the last 66 years, Emmett Till has been a most enduring figure in poetry. Shortly after Till was killed in 1955, people began writing elegies about him, contributing to many, many works on the 14-year-old. In the coverage of Trayvon Martin and Mike Brown, commentators and literary artists frequently invoked Till. So, Maner's "Black Boy Contrapuntal" (for Trayvon Martin) links to the contemporary pieces on Martin and others, but it also stretches back to Till.

Martin and Till were both suspects for crimes they didn't commit, and yet were quickly tried and sentenced to death in some unjust, racist court. Maner's contrapuntal indicates that the poem can be read in multiple ways, and her "black boy" can be read as representing the circumstances of many black boys.

You read through the poem enough, and then you start picking up all the included words and phrases: "I don't belong here anymore," "invisible," "a thug," "a nuisance," "suspiciously tall," "concealed in a hoodie," "body of a boy."

Her poem "Upon Reading the Autopsy of Sandra Bland" shows the poet responding in particular to he medical examiner's statement that "the neck is remarkable for a ligature furrow." Those two words become the basis for mediations and explorations of those two terms connect to Bland and so many other ideas and histories.

The poem is so compelling in part because we hear from this woman who lacked supportive witnesses.  After all, police shackled McKenna and used tasers to repeatedly stun her. At one point, some of her last words (which Maner closes the poem with) were, "You promised you wouldn’t kill me" / "I didn't do anything." So we're haunted by the words McKenna said as well as those imagined in the poem.

I was reading Maner's poems and thought of powerful poems focusing on Nat Turner, Malcolm, and Emmett Till. I also considered ways that these pieces in Little Girl Blue shifted the nature of previous works--highlighting black women subjects yes, but also using language and structures inventively. So among other attributes, Little Girl Blue represents the ongoing sagas of black elegies.
Related:
• Angel C. Dye's Breathe and Sequoia Maner's Little Girl Blue
• Sequoia Maner's Tupac and Prince Poems
Posted by H. Rambsy at 10:56 AM