Reflections on my Independent Study with Nikky Finney 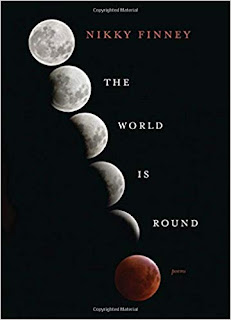 After reading "The Girlfriend’s Train," I realized I wanted Nikky Finney to be my mentor. I reached out to Professor Rambsy, because he knows several black poets. I told him that Nikky Finney would be traveling to Kansas City, Missouri, for a reading and my plans to ask her to be my mentor. He stopped me then and asked me to define "mentor."

I realized then that “mentor” was one of those words I had tossed around without ever defining that relationship for myself. I told him I was hoping she’d read at least one of my stories and provide feedback.

Rambsy and I talked back and forth about the best way to ask her. We thought about asking it through handwritten letters, as a question after her poetry reading, or even sending an email later down the line. After several drafts of a short email, I sent her one and awaited her response. She responded saying she would read my stories and also dedicate time for me to visit her at the University of South Carolina, where she works.

I remember being in her office, feeling grateful for her time but ultimately nervous as I waited for her opinion on my work. I was so used to the workshop experience, offering up my work that I have nursed and watching it be ripped to shreds.

So, I felt awkward when she wanted to know more about my writing process, my experience in workshop, and why I chose to write the things I did. I talked more than I had my entire first year of grad school, and even that wasn’t enough because she still said I was too quiet. Ha!

I didn’t realize that her questions would point to holes in my writing. When it came time for her to critique my stories, she started with the things I did well, but pointed out the biggest problem, the lack of dialogue. It wasn’t that my characters didn’t have thoughts or things worth saying, but that I was stripping them of their language. In the same way that I felt voiceless within my life, I was projecting that same voicelessness onto my characters and it was damaging my work.

There’s so much talk about mentors and the good they can do, but I did not understand it until that moment. I needed, not just a black woman writer as a mentor, but specifically Nikky Finney. Only she could have seen the way I was trying to write. It was and probably will be the only time I experienced workshop where a professor saw me and my work for what we are trying to become.

----------
Christiana McClain is a graduate of Spelman College and an MFA in creative writing at Southern Illinois University Edwardsville. She is a contributing writer for Cultural Front.