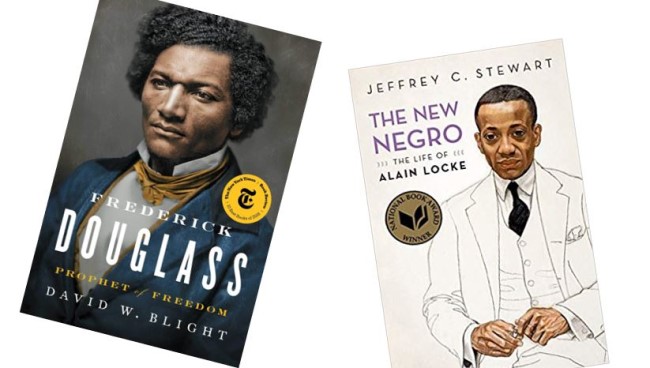 Maybe those of us who research and write about African American Studies, Book History, and biographies will look back on 2019, as the year when two books about prominent black men historical and cultural figures won prestigious accolades. Last week, the Pulitzer Prize in History was awarded to David Blight for his book Frederick Douglass: Prophet of Freedom (Simon & Schuster), and the prize for Biography was awarded to Jeffrey C. Stewart for The New Negro: The Life of Alain Locke (Oxford University Press).

The awards further ensure that these two expansive treatments and their focal subjects will receive even more attention. No doubt a Pulitzer assigns added value to authors and their works.

Stewart completed his dissertation, “A Biography of Alain Locke: Philosopher of the Harlem Renaissance, 1886-1930,” in 1979. He was working on the book on and off for nearly 40 years.

Stewart's The New Negro: The Life of Alain Locke was already awarded the National Book Award for nonfiction. It was the first time the award was bestowed on a biography concentrating on a single African American figure.

In February, Blight received the Gilder Lehrman Lincoln Prize for his Douglass book. William S. McFeely received the award in 1991 with the publication of his biography, Frederick Douglass. I suspect that Blight's book will be a finalist for the National Book Award for nonfiction later this year.

It's fascinating that Frederick Douglass: Prophet of Freedom was awarded the Pulitzer in the History category and not for Biography. It worked out well especially this year, as Blight's and Stewart's books did not have to go head-to-head against each other. Manning Marable's Malcolm X: A Life of Reinvention, by the way, earned the Pulitzer Prize for History in 2012.

Although we are all familiar with many prominent African American historical and cultural figures, it's somewhat rare for such expansive books on the subjects to appear with major publishers and to gain this kind of widespread attention. Imagine the time, energy, and resources that it takes to devote one's career to a single figure the way that Stewart and Blight did on Locke and Douglass, respectively.