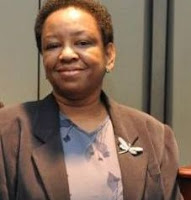 Part 6: "It works for me": Lovalerie King and retirement