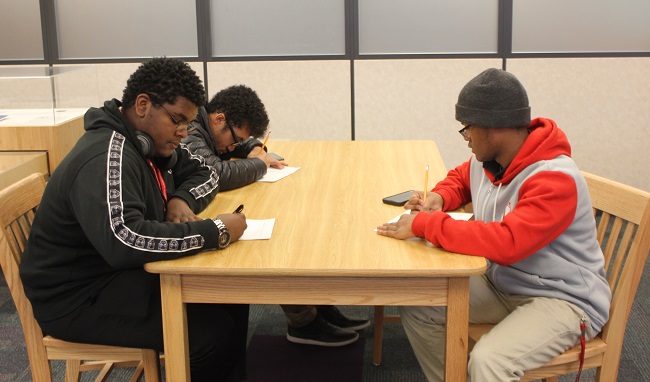 We wrapped up our last session on Tuesday, December 11. We didn't use the computers. This time, we just spent a little time reflecting on the past semester and considered what we might do moving forward.

Nearly all of the students said that they were most interested in audio production as opposed to graphic design. I was somewhat surprised, since it was initially difficult to convince the group to move to audio as worked on graphic design.

But then, it probably makes sense that they enjoyed audio editing more, as they came to that activity with my knowledge and interest once we got there. That is, they were well-versed in listening to and picking out instrumentals that they like. Music was just something that they had been conversing with friends and family with in detailed ways for some time.

I'm looking forward to picking up the conversation with the group in 2019.