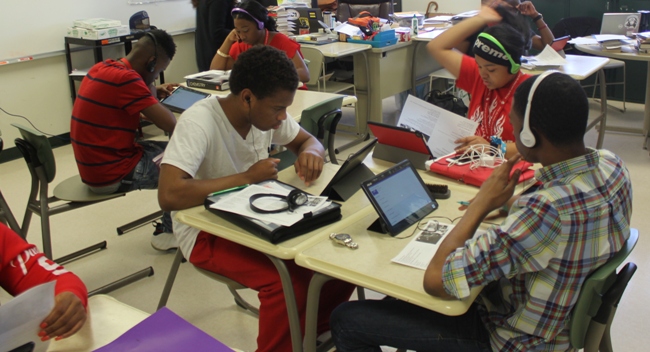 On Wednesday, March 21st, I coordinated a silent listening activity at the SIUE/East St. Louis Charter School for a 10th grade English class. The activity involved students using tablets to listen to audio compositions produced by participants in our East St. Louis Digital Humanities Club. The activity was an opportunity to share samples of what participants have produced, and session gave a group of high students the chance to consider some possibilities with the use of technology.

We began working with students in the program last September, and on SIUE's campus nearly every Wednesday since that time, we've worked on audio and visual compositions. The content that I shared on Wednesday was based on compositions that the club members worked on featuring recordings of poets like Gwendolyn Brooks and Amiri Baraka, and the cultural figure Malcolm X. 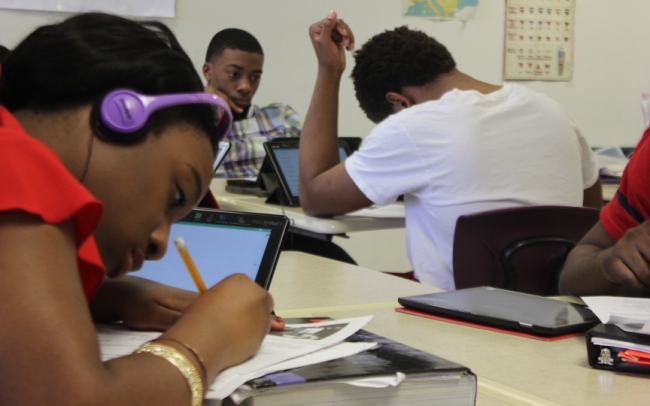 The high school students responded favorably to the materials. Some students were especially interested in the mixes involving Malcolm X. Other students were entertained by the combinations of music and poetry.

I prepared copies of excerpts. That setup allowed students to write their responses as they listened. The write-ups proved helpful to me later on.

During the post-activity discussion, the students primarily talked about the words that they encountered. Malcolm X on justice. Amiri Baraka's on capitalism and racism. However, when I looked at the sheets later, I noticed that the students wrote about the beats and sample. 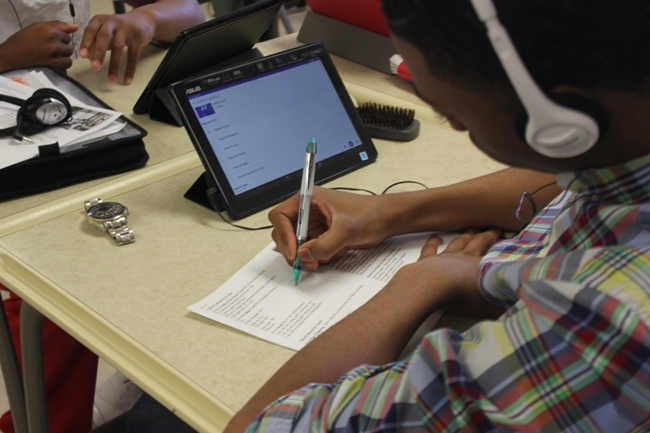 Furthermore, the students felt more comfortable writing than talking about what confused them concerning the poem excerpts. Their comments were a lesson about the need for me to discuss parts of the poems that might be difficult for high school students to understand, even if they are timid about bringing it up themselves.

I was pleased to share what the club members had produced. I'm looking forward to coordinating more silent listening sessions like these.