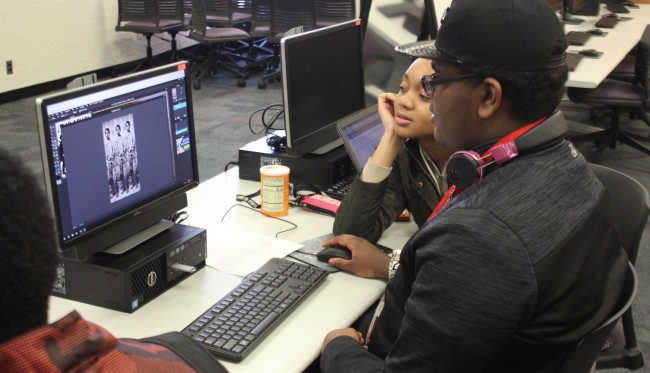 For our March 21 session, we began working on a concentrated project. We are developing something known as the "great escapes" project. We will create write-ups, visuals, and audio recordings focusing on fictive narratives of how runaway slaves escaped bondage.

The project is based on those slave ads put out by owners. The ads were like "wanted" posters, or even worse, like the kinds of notices people put up when their pet goes missing. The owners offered rewards and provided descriptions of what they considered their property. For more information, see the North Carolina Runaway Slave Advertisements project. 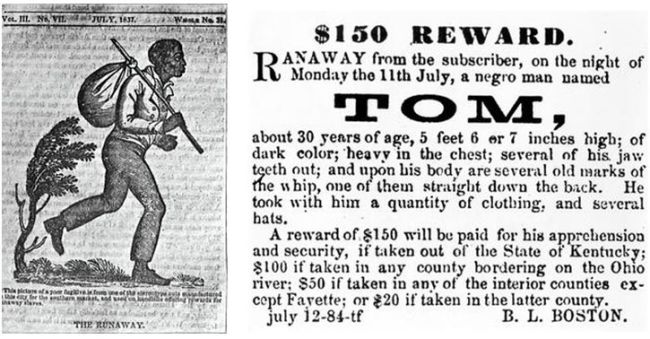 Our project will consist of constructed ads that discuss how enslaved people may have escaped. We'll add elements of sci-fi by giving the subjects of our write-ups special powers. We'll produce images to complement the write-ups, and we'll eventually produce audio clips to go along with the pieces as well.

For our session on Wednesday, we worked on images to go along with write-ups produced by Geoff Schmidt, a creative writer and one of my colleagues in the department of English. The club members tried to develop images that were suggestive of the powers hinted at in the write-ups. The assignment to produce images with a clear project in mind gave us a sense of purpose while composing.