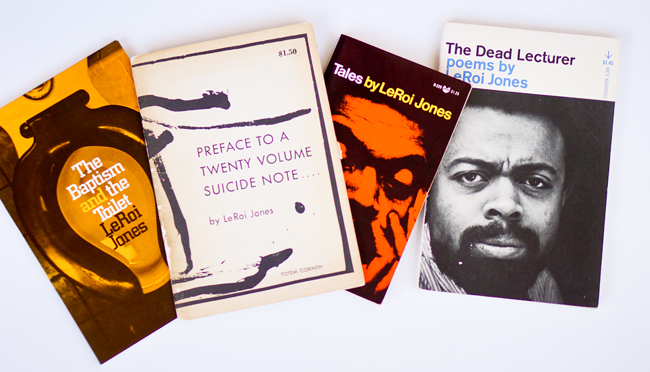 My colleague Jeffrey Skoblow is retiring at the end of this semester after a long career of teaching and writing. I suspect he'll continue doing both in new and exciting contexts. For now, he's been cleaning his office and generously giving away gems, like rare editions of Amiri Baraka's books. 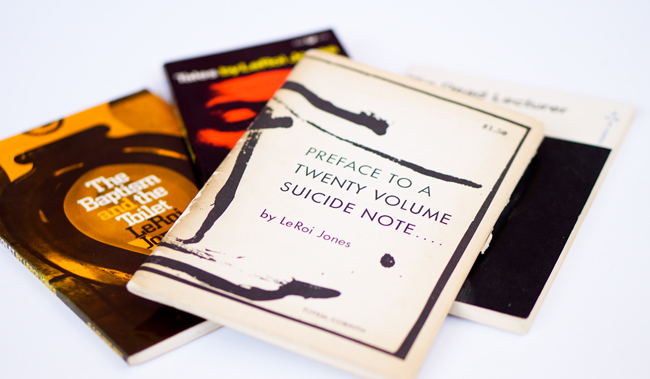 Skoblow, who's from New York City, first acquired these Baraka books when he was in high school. He's carried them around for over 40 years now.

The issue of Tales contains an autograph from Baraka in 1990. Skoblow had attended a gathering where Baraka was speaking in the area at that time. Skoblow took his issue of Tales and asked the author to sign it. Baraka took a look at the book and told Skoblow that it had been a long time since he'd seen that old edition.


Back in 2012, Skoblow gave a reading from Baraka's work for one of my classes. Among other things, my students and I were fascinated that Skoblow's issue of Preface cost $1.50. You could buy books for under $2.00?

I'm thankful that I can now add these Baraka books to my own still growing collection. Baraka was so prolific that it's hard to keep up with all his publications. I'm nonetheless working on getting enough representative texts, and I'll likely mount some kind of public exhibit. In the meantime, I'll see what kinds of ideas I might share about the books here on the site.