Elizabeth Alexander, the history, and the rise of African American poetry 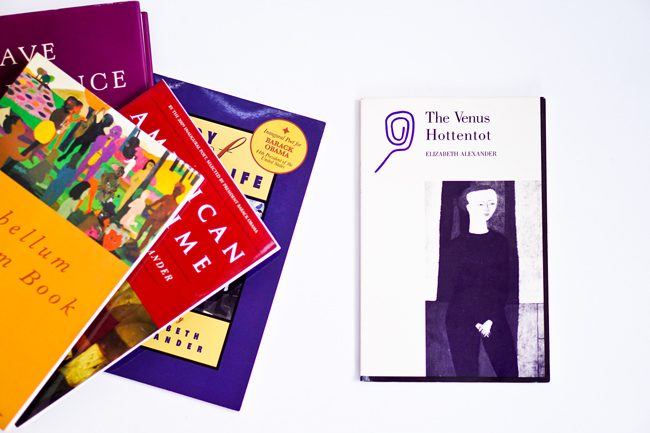 When and if we're writing the histories of contemporary black poetry, we might start all the way back in the late 1980s and early 1990s. Rita Dove won the Pulitzer Prize for Poetry in 1987. The Dark Room Collective formed in the late 1980s. Spoken word poetry was moving in new, important directions. And of course there was the emergence of Elizabeth Alexander.

That was almost 27 years ago. Alexander remains one of our most important connectors, a key figure between previous groups of black poetry and and later emergent ones. Her writings about black history,  black music, including a poem on John Coltrane, in The Venus Hottentot echo the creative output of the Black Arts era. At the same time, her poems about painters like Romare Bearden and Frida Kahlo and the photographer James Van DerZee  anticipated a now recurring interest among 21st century poets, who write about painters and artwork.