Poetry magazine published two of the most anthologized poems 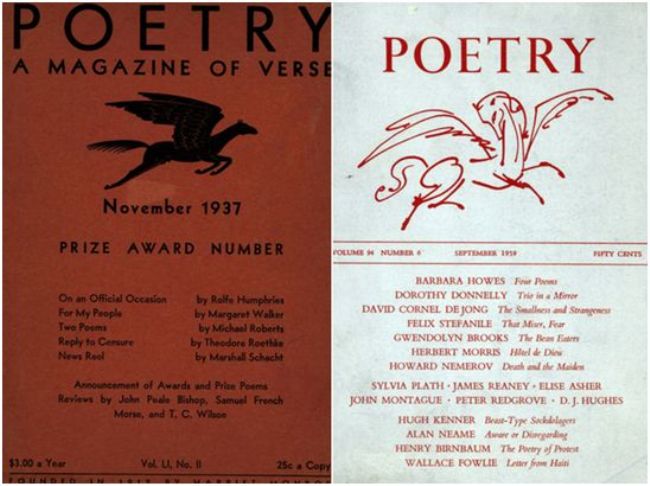 The November 1937 issue of Poetry magazine included a poem entitled "For My People" by Margaret Walker. Almost 22 years later, in the September 1959 issue, Poetry published a a series of poems under the heading "The Bean Eaters" by Gwendolyn Brooks, who had won the Pulitzer Prize for Poetry in 1950. One of the poems in the series was "We Real Cool."

From the mid-1960s through the mid-1970s as publishers began producing large numbers of anthologies featuring African American poetry, editors routinely chose to reprint Walker's "For My People" and "We Real Cool." Between 1967 and 1974, "We Real Cool" appeared in more than 15 African American anthologies, and "For My People" was reprinted in more than 20 collections during the same time period.

[Related: Two of the most popular non-anthologized poems]

"For My People" and "We Real Cool" are among the most reprinted pieces of the 52 most anthologized African American poems. Poetry magazine was where the poems began, and since that time, anthologists kept the works in print.