Earlier this week, I ran an exhibit concentrating on novelists Toni Morrison and Octavia Butler. The Butler portion of the exhibit focused on a series of novels that she wrote early in her career.


The Patternist Series
Science fiction writer Octavia Butler (1947 – 2006) published a series of novels known as the Patternist series, which included Patternmaster (1976), Mind of My Mind (1977), Survivor (1978), Wild Seed (1980), and Clay’s Ark (1984). The stories of the linked novels stretch across hundreds of years, and the main characters – a group of supernatural beings, who could pass for human – are interested in developing a telepathic, interconnected network known as “the pattern.”

Many contemporary readers interested in the Patternist series read Butler’s book Seed to Harvest, which presents the books in narrative order: Wild Seed (2007), Mind of My Mind, Clay's Ark, and Patternmaster. The narrative order, of course, is different than the order that the books were initially published. In addition, Seed to Harvest excludes one novel from the original Patternist series, mainly because Butler disliked that book and declined to have reprinted over the years.

According to Octavia Butler, her novel Survivor (1978) unfortunately resembled too many sci-fi representations where people went to other worlds and found “little green men or little brown men, and they were always less in some way.” As a result, she came to view Survivor negatively as her “Star Trek novel” and declined to have the novel reprinted. 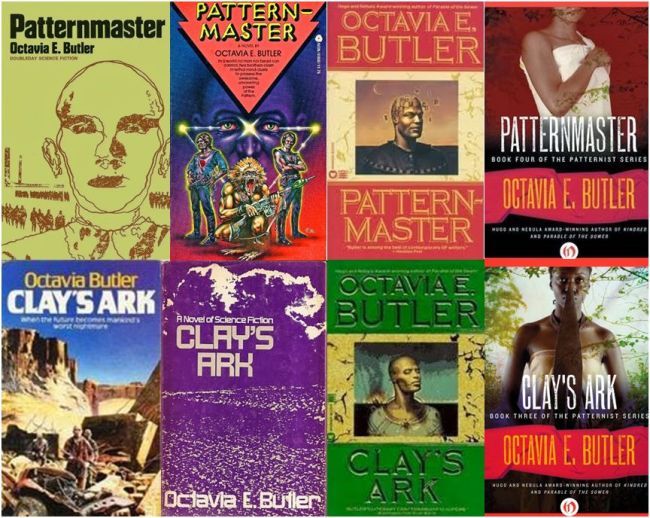 Over the decades, publishers have reprinted various covers of Octavia Butler's Patternist series novels. Some of the vastly different covers reflect the efforts of publishers to market the books to core fans of science fiction (i.e. white males) and core fans of African American fiction (i.e. black women).