On February 17, we curated an exhibit that highlighted one of the most powerful social and economic developments of the contemporary era: the natural hair movement. Over the last 10 years in particular, large numbers of black women began to marshal their creative, technological, stylistic, and political capabilities into the production of a dynamic cultural enterprise. Collectively, they recovered and introduced new hair styles; they created new hair-care products; they raised awareness about black beauty and aesthetics; and they took advantage of new media and digital technologies to communicate with each other about #BlackHairStyles.

Afros, braids, cornrows, and the like have long histories in African American and African culture. Black people, especially black girls and women, have always worn braids, and afros, in particular, saw a resurgence during the 1960s. During the contemporary era, however, new modes of communication and interest in display cutting-edge fashionable hairstyles that also signal black consciousness resulted in black women innovating their hair game in all kinds of exciting ways.

The rise of YouTube over the last decade has been a crucial component in the production of the current Natural Hair Movement. Black women utilized the popular video-sharing website to share approaches to hair care; offer reviews of products; present styling tips; and chronicle “natural hair journeys.” In the process, many of them began to refer to the women on screen in their communities concentrating on black hair as “YouTube Naturals.”

YouTube, Twitter, Instagram, and other social media sites have greatly influenced the growth of natural hair possibilities. The production and circulation of millions of black hair styles on those sites empowered black women to see, refine, remix, and offer feedback on countless looks. The convergence of so many people in public venues focusing on a common, interrelated topic created the conditions for increased creativity concerning natural hair styles. 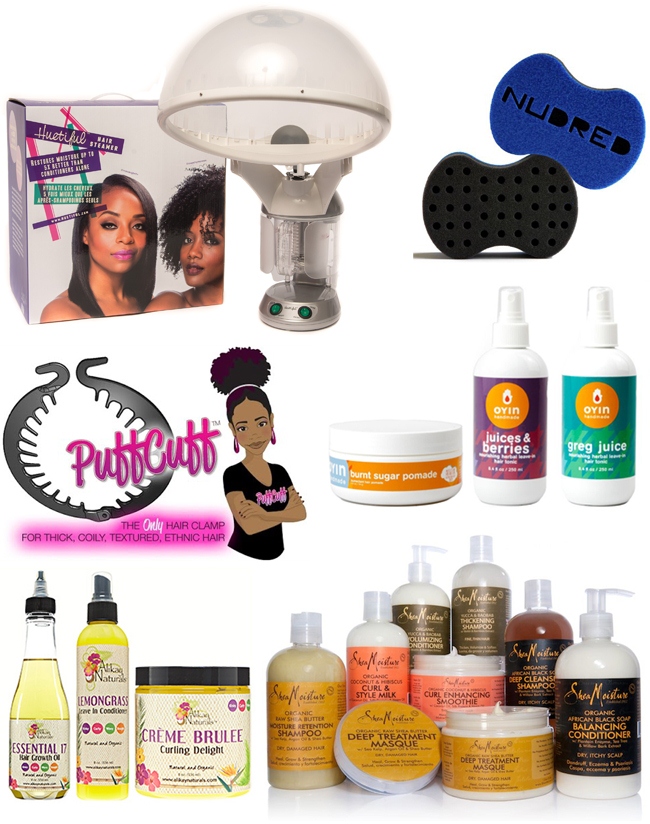 Shea Moisture, Oyin handmade, Alikay Naturals, the Huetiful Hair Steamer, Nudred Hair Sculpting Tool, and Puffcuff are just a few of the many natural hair-care products created by black women over the last several years. The involvement of so many naturals in the conception of products for their hair represents a new, important development in the histories of African American cultural production.

Advancements in digital technology have significantly expanded photography possibilities, which in turn facilitated, among other things, the preponderance of images showcasing natural hair styles. On Instagram alone, hashtags such as #afro, #naturalhair, #twistout, #naturalhairdoescare, #naturalhairrocks, and #naturalhairjourney reference millions of images of women displaying natural hair.