Awards, anthologies, and the shift from poems to volumes of poetry 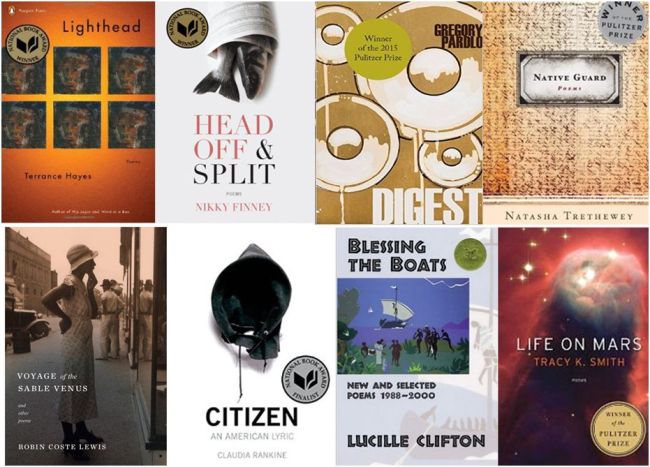 Turn back the clock five or so decades. It's the early to mid-1970s. You wouldn't have a hard time linking the leading poets of the time period to their popular or "signature" poems. Now, fast word to 2016. You'll have a harder time agreeing with folks on the signature poem of today's leading poets.

During the contemporary era, more so than during the 1960s and 1970s, I believe volumes of poetry have taken on a more defining role in the careers and reputations of poets than individual poems. That development is a result, in part, of the increased importance of awards and prizes, primarily bestowed on poetry volumes, not poems. In addition, there have also been changes with the distribution of poetry in anthologies.


The many African American anthologies produced between the late 1960s and mid 1970s largely shaped views of black poetry. Editors collectively shaped canonical poems by routinely reprinting select poems by Amiri Baraka, Nikki Giovanni, Robert Hayden, Margaret Walker, Gwendolyn Brooks, Langston Hughes, Paul Laurence Dunbar, and others. The repeated publication of "For My People" by Walker or "A Poem for Black Hearts" by Baraka ensured that those poems would become and remain widely known.

By the late 1990s and early 21st century, anthologists were less likely to reprint the same poem by contemporary poets. Several poets, including Terrance Hayes, Tracy K. Smith, Natasha Trethewey, and Kevin Young appear frequently in anthologies, but editors have apparently had less agreement on what constitutes the poets' signature poem. The editors seem less interested, especially in comparison to during the 1960s and 1970s, of continuously reprinting select poems by a single poet.

Besides, all the money these days is in award-winning volumes of poetry.

The increased number of awards and the increased possibilities for some African American poets to win during the contemporary era has shifted attention away from poems and more toward poetry projects. Award selection committees or juries may have displaced editors of African American anthologies as some of the most consequential gatekeepers for poets and hence poetry. (It helps, by the way, to have a well-positioned publisher assist in making sure juries are aware of the poet's work).

These shifts with poetry, with its presentation and valuation, are important to consider for those of us charting African American literary history. While poems and volumes comprised of poems all constitute poetry, the distinctions concerning the genre's evolving transmissions shape how audiences engage the artform.

Related:
• Prizes and awards in African American poetry
Posted by H. Rambsy at 9:06 AM