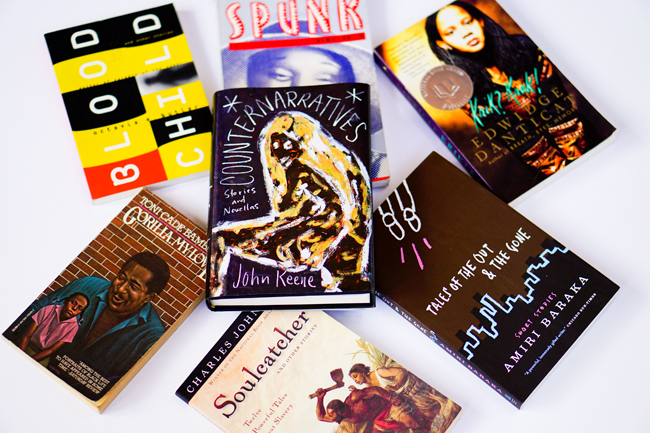 One advantage of my communal postponement (CP) time arrival to the online conversation about John Keene's powerful collection Counternarratives (2015) is that I can get a sense of areas for further discussion concerning his work. Off the top, it occurred to me that not enough has been said about how his work links to and departs from various other African American short story writers. Pinpointing where Keene fits into that mix is especially important for those of us who teach African American literature each semester.

In general African American literature courses, students are expose to a recurring or overlapping core of canonical short story writers, including Charles Chesnutt, Zora Neale Hurston, Richard Wright, James Baldwin, Toni Cade Bambara, and Alice Walker. Students are sometimes introduced to the work of Charles Johnson and Octavia Butler, and in recent years, Edwidge Danticat and Edward P. Jones are included in the mix. Obviously, there are many more short story writers out there, but based on reviews of syllabi, tables of contents for anthologies and scholarly journals, stories by most of those figures appear most frequently.

Keene's work compliments, and in some ways extends, the writing by those figures in important ways. First and foremost, Keene devotes his energies, as the titles of his collection suggests, to countering official or dominant narratives or presenting sometimes hidden narratives. In this regard, his writing corresponds to some what we see in works by Chesnutt, stories in Johnson's Soul Catcher, and others.

There are important areas of divergence in Keene's work as well though when it comes to African American short story writers. For one, and I'll blog about this more at length soon, he really expands our sense of coverage in relation to historical time and geography. By and large, the aforementioned writers concentrate on events that take place in the 20th century, with a few pieces concentrating on the late 19th century. And, the events take place in the U.S.

Keene goes as far back as the 17th and 18th centuries. Brazil and Haiti also become important settings in his work. Those features, as well as his style of writing, suggest that his work makes important contributions to the tradition of African American short fiction.