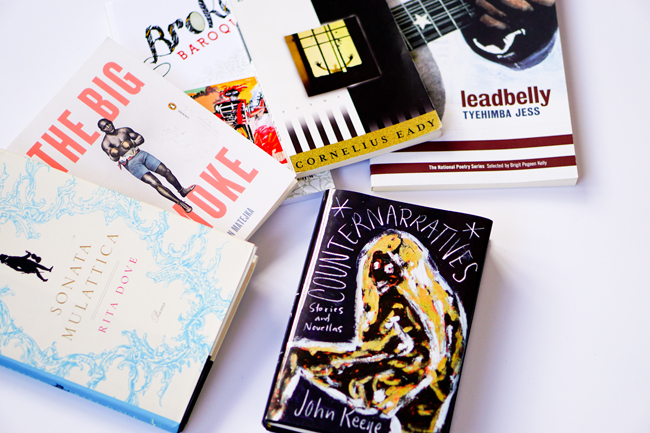 Among other stories, John Keene's story "An Outtake from the Ideological Origins of the American Revolution" from his collection Counternarrative caught my attention in part because of my studies of  bad men in poetry. Keene's lead character Zion is definitely a bad man, who fights, steals, disobeys, and breaks many laws. Oh, and he continuously "escapes," a crime for an enslaved person during the 18th century.

Keene's Zion prompted me to push back the timeline on some of the typical bad men I begin with such as Stagolee and Shine, who's legends began to really emerge in the early 20th century. Keene's story takes place just before the American Revolution, and while I have given considerable thought to our most well-known enslaved bad man John de Conqueror, Keene gives us a more fully fleshed out character and narrative with "An Outtake."

Keene doesn't make it easy on readers to decide how much sympathy to have for Zion. Early on, you're obviously with Zion, who is born into bondage and who's mother dies when he is born. You admire Zion's rebelliousness and cheer as he continuously escapes bondage. On the other hand, Zion assaults a woman who rejects his unwanted advances, and even worse, during one of his wild sprees in Boston, Zion breaks into a sleeping woman's home and took "violent liberties with her."

This black male character who is sympathetic on the one hand and deeply troubling, on the other, corresponds to a larger tradition of bad men. In poetry, Keene's Zion is in league with Tyehimba Jess's Leadbelly, Adrian Matejka's Jack Johnson, Tony Medina's Broke, the fictive kidnapper from Cornelius Eady's Brutal Imagination, and Rita Dove's George Bridgetower among others.

The numerous bad men in African American poetry was one point of reference for me as I considered Keene's Zion, though really we have bad man figures throughout artistic culture--in rap, in movies, in novels, in comic books, etc. In classes on bad men and African American poetry, I usually open by telling students the tales of John de Conqueror, Stagolee, and Shine. Perhaps next time, I'll ask the students, "you ever heard the tale of poet John Keene's bad man, Zion?"