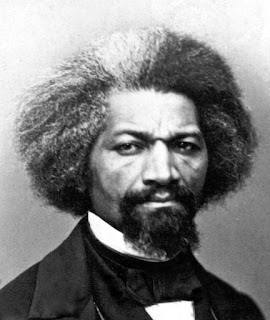 In African-American literary and cultural traditions, naming is especially significant. In Douglass’s narrative, we are briefly introduced to one of his early overseers, the “rightly named” Mr. Severe. By Douglass’s account, Severe “seemed to take pleasure” in whipping the slaves.

Soon after this description, Douglass states that Mr. Severe became ill and died. He then introduces Mr. Hopkins, the overseer that replaced Severe on Colonel Lloyd’s plantation. He suggests that Hopkins was “less cruel, less profane” and did not “seem” to take pleasure in whipping slaves. Douglass writes, Hopkins “was called a good overseer by the slaves.”

It is important to note that Douglass does not call Mr. Hopkins a good overseer himself, rather he is suggesting that Hopkins is considered, by the standards of the enslaved, to be “good.” Douglass uses Severe’s name as a literary trope in order to juxtapose two possible types of overseers and highlight the difference between them. By following his description of Severe with that of Hopkins, Douglass renders a conscious critique and is likely to be suggesting that despite what the slaves “called” Hopkins, he is no less problematic as an overseer and participant in the enslavement.

Jeremiah Carter is a graduate student in English at SIUE and a contributing writer for the Cultural Front.
Posted by H. Rambsy at 11:36 AM