Kalamu ya Salaam and the Richard Wright Award for Literary Criticism 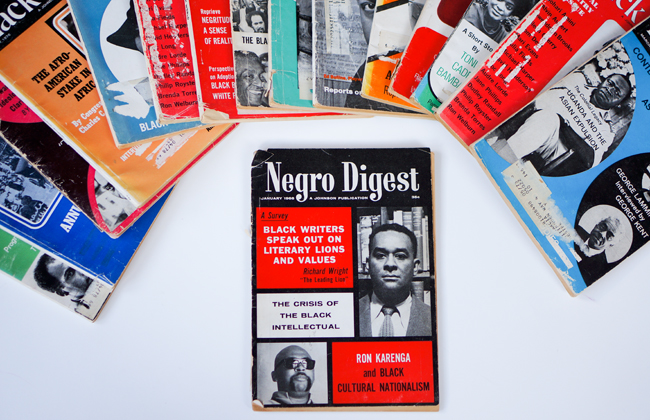 "The Richard Wright award for literary criticism," note the editors of Black World magazine in the January 1972 issue, "goes to Kalamu ya Salaam for the general excellence of his criticism of both books and records, although his review of the book, In Our Terribleness, tipped the scales in his favor." That review appears in the April 1971 issue of Black World, which is absent from the Google collection of Negro Digest/Black World.

Fortunately, I was able to track down that April issue, so I was able to read Salaam's review. I hope Google eventually includes those additional copies of the periodical. When Salaam published that initial review of In Our Terribleness, he was writing under the name Val Ferdinand. He published as Salaam in his subsequent writings for the magazine.

A few of those writings included reviews of:

Salaam's reviews are extensive, especially in comparison to many of the standard short reviews in the journal. Given the imperatives related to a black aesthetic, that is, a distinct African American critical frameworks, the practice of reviewing was integral to the overall enterprise. Between 1961 - 1976, Negro Digest/Black World included 936 book reviews, 289 record (album) reviews, 8 drama reviews, and 2 film reviews.

The award that Salaam earned reflects the importance of reviewing as a critical practice during the discourse of the era. Subsequent winners of the Richard Wright Award included Mary Helen Washington, Melvin Dixon, and Kermit Frazier. The Wright award was sponsored by Addison Gayle. Liz Grant and then later Shelby Steele won the Amiri Baraka Awards for drama. Geneva Smitherman and then Sarah Fabio Webster won the Woodie King, Jr. Awards for drama.  Those awards, all of which included a cash prize of $100.00, were based on reviews.

Related:
• Blogging about Black World magazine
Posted by H. Rambsy at 8:18 AM