Graywolf brings Christopher Gilbert to a new generation of readers 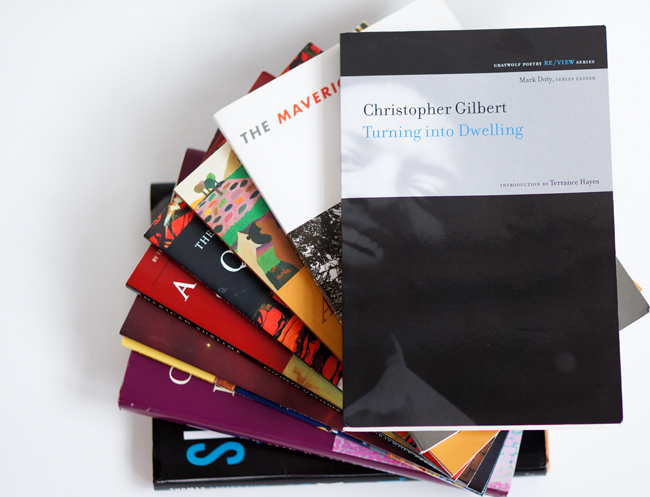 The likelihood that Christopher Gilbert's poetry might gain broader attention and recognition is heightened now that his volume Turning into Dwelling has been published by Graywolf Press. Over the last several years, the press has facilitated the production of works by several prominent African American poets. Some of those poets have included Elizabeth Alexander, Tracy K. Smith, Thomas Sayers Ellis, and Claudia Rankine.

Gilbert (1949-2007) actually published his volume Across the Mutual Landscape with Graywolf a little over three decades ago. But then, in 1984, the scenes and environments for African American poetry were different. That was before the rise of the Dark Room Collective and before the rise of Cave Canem. That was prior to those major Furious Flower black poetry conferences, and before African American poets began to regularly earn major prizes and awards.

Turning into Dwelling is comprised of Across the Mutual Landscape as well as poems that Gilbert composed in the final years of his life. This new volume appears in the Graywolf Poetry Re/View Series, which seeks to bring "essential books of contemporary American poetry back into the light of print." Further, the series attempts to present "all-but-lost masterworks of recent American poetry to a new generation of readers."

Mark Doty, the series editor, chose Gilbert's book. The series also includes collections by Lynda Hull (1954 - 1994), Thomas James (1946-1974), and James L. White (1936-1981). Like those poets (and perhaps many others), Gilbert died before his poetry circulated widely and prior to him publishing a large body of writing. It's fortunate that Gilbert's supporters and representatives for his estate were in a position to collaborate with Graywolf.