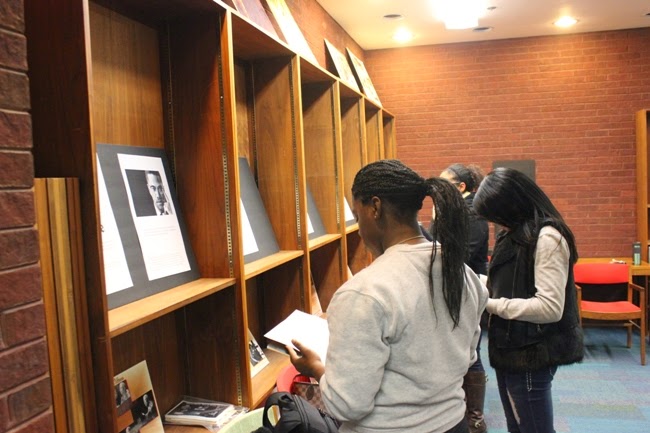 On February 10, I organized an exhibit concentrating on opening passages from various notable African American-authored publications. The exhibit was designed to give students a glimpse of some of the  books published over the decades. 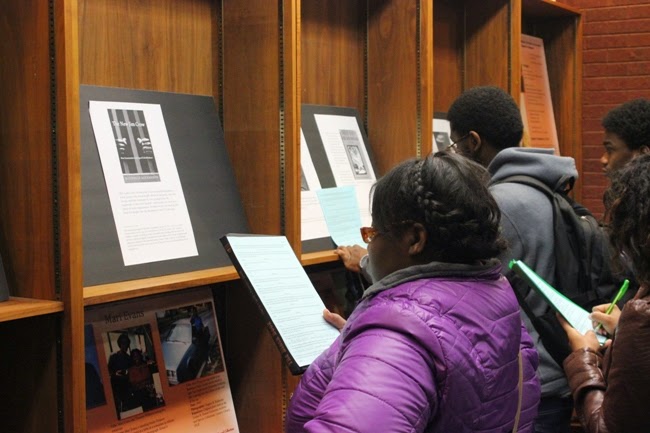 In one case, I included the famous passage from the first black newspaper, Freedom's Journal:


We wish to plead our own cause. Too long have others spoken for us. Too long has the publick been deceived by misrepresentations, in things which concern us dearly.


I also included the opening lines from Toni Morrison's Song of Solomon:


The North Carolina Mutual Life Insurance agent promised to fly from Mercy to the other side of Lake Superior at three o'clock. Two days before the event was to take place he tacked a note on the door of his little yellow house: 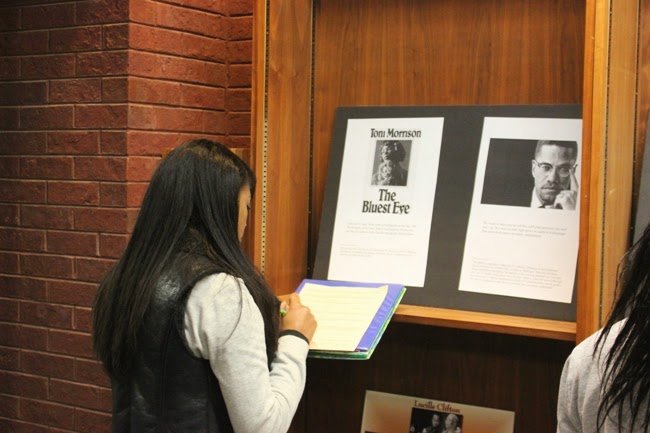 At the start of the exhibit, students were given forms with quotations. They moved around the room and filled in blanks on the forms identifying the sources.