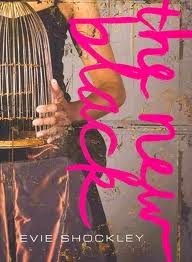 The opportunity to encounter familiar and new poets has been an enjoyable and educational aspect of #BlackPoetsSpeakOut. There were many poets who were new to me, and yet, I was likely initially drawn to the project because I recognized some of the poets or their works. Accordingly, I was pleased to see a poet, Amanda Johnston, whose work was less familiar to me, reading a poem by Evie Shockley, whose work I've tried to follow closely over the last few years.

Johnston read Shockley's "improper(ty) behavior" about racial profiling. I first encountered the poem when the new black was published in the first part of 2011. Later, I wrote about the poem after hearing Shockley read it on a radio program. I wrote about the poem again in March 2012 when Shockley added lines to the poem during developments related to Trayvon Martin. The added lines read:


like so many young men, trayvon martin was given a real mission impossible:
to buy candy at the corner store without getting caught surviving while black.

Johnston's reading of "improper(ty) behavior" contributes to  #BlackPoetsSpeakOut in a number of distinct ways. For one, as one of the organizers of the overall project, Johnston produced her contribution early in the process (November 26). She gave potential contributors a model on how to participate by presenting the work of other poets. A few different poems have followed her lead.

Second,  Johnston is one of the few contributors who reads a poem by a peer and thus displays an intra-generational connection among poets. Johnston's production counters claims that poets these days don't follow the work of their peers. Indeed, Johnston clearly and literally reads Shockley.

Third, many of the poems in the project are free-form; yet, Shockley's piece is a ghazal. Hearing the repeated "while black" throughout Johnston's reading has added relevance in the context of #BlackPoetsSpeakOut as the repetition coincides with the recurring acts of police brutality. In the opening of his reading, Tony Medina lists victims of police violence and concludes "and on and on til the break of dawn," signaling that the numbers of black people on the receiving end of such brutality is continuous. The repetitive nature of Shockley's ghazal as transmitted by Johnston reminds us of the recurrence.

Finally, one aspect of what makes this reading and several others in #BlackPoetsSpeakOut powerful relates to the interaction of the reader and us, their viewers. Johnston looks downward during stretches of time as she reads the poem, glancing up at times. In the closing line, she goes "i sometimes wonder how i get away with," and the looks up at us to say, "living while black."  Her closing stare gives the production a resonance that a recording or even formal poetry reading would not.

Related:
• A Notebook on #BlackPoetsSpeakOut
• Evie Shockley
Posted by H. Rambsy at 5:51 PM