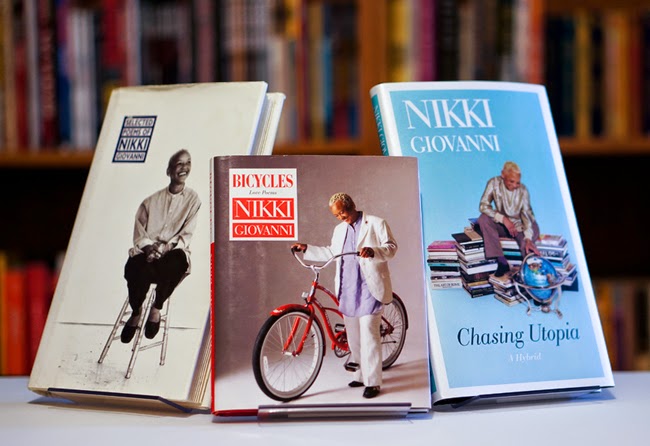 
What stood out to me first was the presence of Hughes on the list. He's one of our all-time most popular poets, so perhaps there's no surprise that he would appear so frequently. But, his poem "Harlem," which includes the famous question "what happens to a dream deferred," is far more viewed than all the other top poems.

"The Negro Speaks of Rivers" and "I, Too" are in fact anthologized with more frequency than "Harlem."
Hughes's "Song for a Dark Girl" is not anthologized that much in comparison to the other pieces. Yet, it has received over 10,000 views.

I was intrigued that Nikki Giovanni's "Ego-Tripping" has gained so many views. The poem is not anthologized that much, but it is widely known in African American communities, in part because performers at church programs and pageants recite the poem, passing it along from generation to generation. Giovanni is the only living poet in that top 10. Aside from Dunbar, all the other poets were born during the 20th century.

Like Giovanni's poem, Angelou's "Still I Rise" is not widely anthologized but remains popular in part because of its widespread performance by generations of readers. For decades, editors have republished Brooks's "We Real Cool," Hayden's "Those Winter Sundays," and Dunbar's "We Wear the Mask," anticipating their  popularity on Lit. Genius.