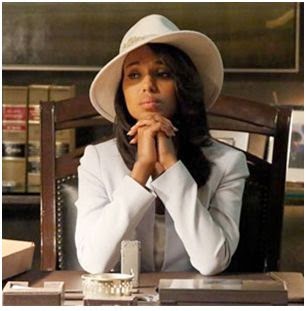 Olivia Pope from the television show Scandal is an example of an uncanny black woman character. Deemed as “a fixer,” Pope displays an unusual level of expertise in communicating and resolving any issues that may surface, especially among high-profile political figures. Olivia Pope walks alongside, not behind, both Caucasian and African American men. Pope commands attention in peculiar, and undeniable ways. The way that Scandal creator Shonda Rhimes lends power to a black woman is noteworthy because Olivia Pope is the first major black woman character in decades to capture the attention of such large numbers of black women viewers.