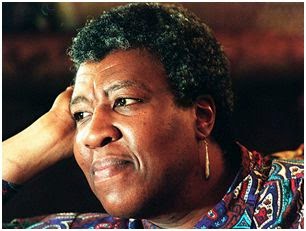 If you uttered three simple words “black woman protagonist” to Octavia Butler, she would have come up with characters such as Mary from Mind of My Mind, Anyanwu from Wild Seed, Amber from Patternmaster, Alanna from Survivor and Keira from Clay’s Ark. Butler produced 11 novels and a collection of short stores. She was the first black woman writer to enter into the genre of science fiction and is the most well-known black writer of the genre. At a time where when there were hardly black characters in sci-fi, Butler created supernatural intelligent black women characters that traverse time and space.

With the twiddle of a finger and a leadless pencil, Butler makes an imprint on how assimilation can be used for domination and her black women characters show us how it’s executed. She also displays an ability to present fantastic black diasporic narratives while denying or subverting the tenants of realism. In the Patternist series, Butler charts over 10 centuries of supernatural beings, as the book opens in the 17th century in West Africa and concludes at some point beyond the 27th century in Arizona. There has yet to be such an expansive universe as the one Butler creates in the Patternist series, which she develops substantially in five books.