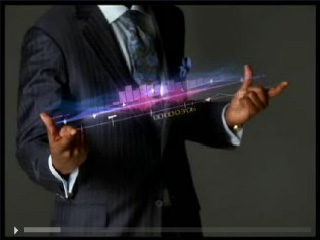 Among other things, Mark Anthony Neal's chapter on Jay-Z in his book Looking for Leroy: Illegible Black Masculinities is a study in the art of fusing diverse data and metadata. Neal's book on the one hand and then recent conversations on the other hand about how the National Security Agency has "rushed to unlock the secrets of 'Big Data'" had me merging a few different ideas.

Neal's chapter and footnotes on Jay-Z reveal how a scholar works his way through all these items (data) and descriptions of those items (metadata) on a major artist / "business." Neal covers many of Jay-Z's primary texts, which in this case means citing and analyzing aspects of the rapper's songs, musical videos, performances, clothing line, book Decoded, and advertisments for companies such as Hewlett Packard. He also discusses Jay-Z's interactions with peers, fellow rap artists, rivals, singers (including Beyonce), and corporations, as well as his placement in musical, entertainment, and entrepreneurial contexts.

Neal weaves in a set of Jay-Z-related secondary sources, including articles and a profile segment from 60 Minutes II. Throughout, he references news items, scholarly articles, and books about rap and cultural history, along with a number of writings linked to black feminist and queer theory discourses. I'm obviously aware that producing various and many citations is typical for a scholarly article.

What stands out to me though is the range of data and metadata that Neal can draw on to write about S. Knowles-Carter. I mean, I rarely read articles on rap artists that mention Hewlett Packard and Audre Lorde. Given my links to the scholarly discourse on literature, I am accustomed to reading essays that exclusively reference printed words, but not videos, clothing, numbers (i.e. 493,000 albums sold during the week of 9/11), songs, and "the toys of the hip elite" (i.e. Maybachs and Basquiats).

Moral authorities often criticize young people, and right now, I'm especially thinking of the finger pointing that goes toward black boys who seem to display too much interest in rap stars and professional athletes. However, when you consider all the data and metadata that Neal sifts through in a discussion of Jay-Z, there's no wonder why imaginative lil brothers, among others, would be fascinated with a figure who has taken on so many forms and dictated so many outcomes. Anyway, all of that is for another discussion.

Right now, the point is that the voluminous data and metadata on someone like Jay-Z makes him ultimately and always legible and illegible.