Poets and Big Data: The Case of Amiri Baraka 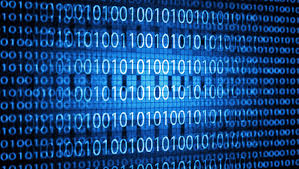 "90 percent of the data that now exists in the world has been created in just the last two years." --NYTIMES

Back in 1999, I met poet and professor William J. Harris, who is the editor of The LeRoi Jones/Amiri Baraka Reader. Although the 624-page Baraka Reader contains a wide range of Baraka's materials, Harris noted to me that the book was nonetheless incomplete because Baraka was still actively writing and publishing. There's so much of Baraka's new work out there in the world, Harris was saying, not to mention the writings about him, that it's just difficult to keep up.

The scholarly discourse on African American poetry, and perhaps poetry in general, has yet to catch up to the growing conversation on "big data."  Given the relatively small number of scholars of black literature self-consciously doing work in digital humanities, there's little surprise that we haven't seen considerable analyses of the ways that all this online data and metadata is shaping the transmission and reception of works by black writers.  But maybe, eventually, the discussion will pick up. After all, African Americans are disproportionately represented on social media sites, so there's the chance such interest in technology might transform into concentrated study at some point.

In the meantime, we might keep an eye on at least some of the new and expanding data and metadata produced about poets whom we study. Like Harris, we will likely find our collections incomplete, but the processes of following along and citing some of our experiences will assist in sharpening our understanding of how different audiences engage poets and poetry in new and exciting ways. Who knew, for instance, that something like Facebook, YouTube, or RapGenius would come along and provide these novel spaces for discussing, uploading/viewing, and annotating poems, respectively?

Who knew that for better and worse data and metadata would become so prevalent?
Posted by H. Rambsy at 9:13 AM