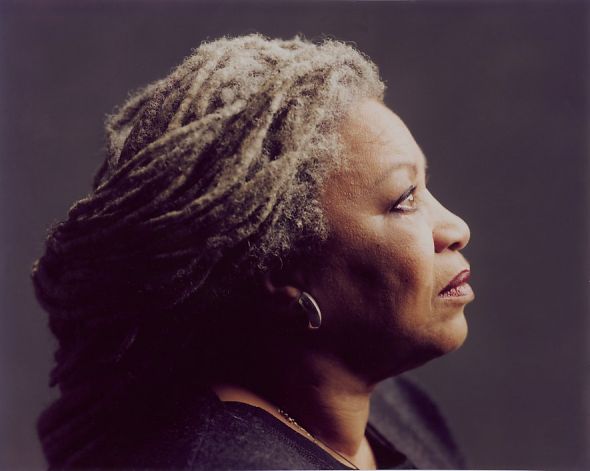 The image of Toni Morrison, not just her writings, have become central to the (visual) discourse on the novelist, who happens to be the most widely written about African American writer. For the most part though, scholarly writings on Morrison remain largely silent about the meaning and circulation of her image. Of course, at this point, Morrison and Maya Angelou are probably more than just writers; they are also iconic. 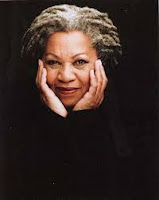 All of the images of Morrison presented here of Morrison were done by photographer Timothy Greenfield-Sanders. In fact, there are only two different main images, but they appear on multiple books by or featuring Morrison.  The images also appear all over the net, used, for example, as the author photo for book reviews and articles on Morrison. 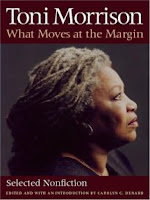 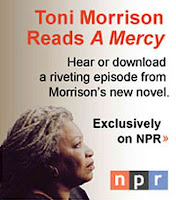 The repeated presentation of Morrison's image on literary products provide some evidence of her iconic stature. Are people drawn to those images and others of the novelist because they are already drawn to a wonderful writer's books, or do the striking images assist in drawing readers (and listeners and viewers) to Morrison and her work? Maybe, it's a little of both depending on the audience. 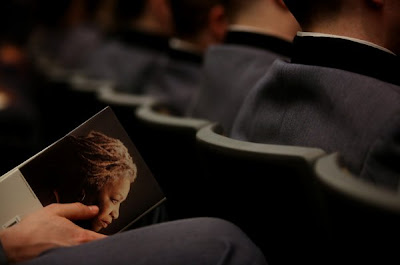 The above image appeared as the feature photograph for a story from the Times in March focusing on Morrison speaking at West Point. A cadet holds a copy of Home; the back dust-jacket features one of Greenfield-Sanders's portraits of Morrison.

It takes more, I should say, than being photogenic for authors to become iconic. Morrison would likely be widely read and known even if we had no images of her. However, aesthetically pleasing portraits do seem to add something to the overall cultural value of the author or at least to the literary products that package and deliver her works.