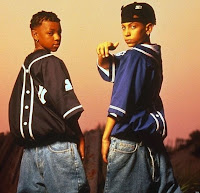 Chris Kelly, better known as "Mac Daddy" of the 90s hip hop duo, Kris Kross, died yesterday. According to various reports, Kelly, age 34, was found unresponsive in his Atlanta home and rushed to an area hospital where he was pronounced dead that evening. While there has been some speculation regarding his cause of death, the autopsy is pending and his death is currently under investigation.

I now take this time to extend my prayers and condolences to the family and friends of Chris Kelly. I can only imagine what those closest to him are feeling at this moment- news like this is never easy. As a fan and member of the Hip Hop community, it's literally like watching a part of your childhood die. I remember it like yesterday when I got their sophomore album, Da Bomb (1993) for Christmas (on cassette tape). I even have my Kris Kross Scrapbook mini mag from second grade in my personal collection of magazines and posters. It was just one of those items I could never part with.

Growing up listening to Kris Kross also marks a period when I was learning how to rap. So before sites like Rap Genius or Google existed, if the words were not in the liner notes, I would attempt to transcribe their lyrics so I could rap along. In retrospect, this particular process also gave me a kind of template for writing my own rhymes and song lyrics. 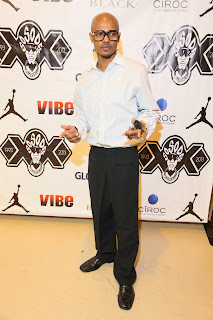 In 1996, the group released their third studio album, Young, Rich & Dangerous, which featured hits like "Tonite's tha Night" and "Live and Die for Hip Hop" featuring Jermaine Dupri, Da Brat, Mr. Black and Aaliyah (1979-2001). On February 23, 2013 the duo reunited on stage for So So Def's 20th Anniversary All Star Concert at the Fox Theater in Atlanta, GA. Here is footage of Chris Kelly's last performance as a part of the celebrated duo.

Simply put, Kris Kross had the "it" factor. Their most notable attribute was their appearance: cornrows, backwards clothing and saggin' baggy pants. Aside from their distinguished style of dress, the Daddy Mac and Mac Daddy had flow and command from their teens into adulthood. However, there was a maturity in Chris Kelly's voice and he also could rap fast in lines like:


It may not seem like much to today's listeners, but songs like "Jump" can still move the 29 and up crowd. Looking back, what I admire most about this group is the breadth of their work as it dealt with current, but age appropriate issues. On their debut album, Totally Krossed Out (1992) songs like, "Shame," highlighted gang violence and crime among youth. The duo also reflected everyday life and demonstrated lyrical skills in songs like "I Missed the Bus" "Warm It Up," and "Alright" featuring reggae artist, Super Cat. Who can forget their famed 1993 Sprite commercial?

In honor of this Hip Hop legend, I wanted to share one of my all-time favorite songs and videos by Kris Kross, "The Way of the Rhyme."