Volumes of poetry in conversation with one another 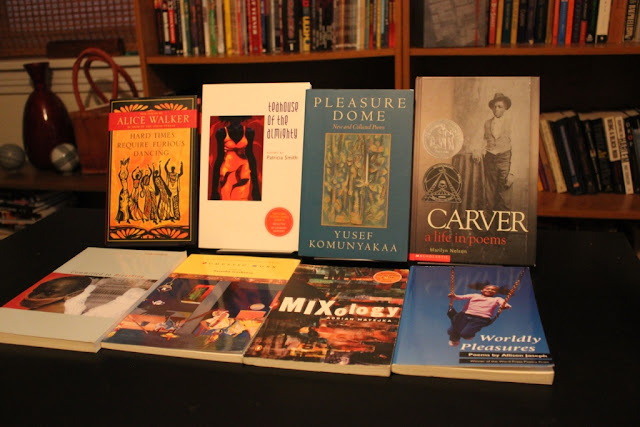 Often, writings about a volume of poetry appears when the work is just released or when and if the book wins a major award. Most awards come within a year of publication, so for the many volumes that do not win, there's little chance that we will see writings about the work after a year has passed. Scholars tend to write about books well after the works have been published; however, relatively few scholars write about poetry.

One benefit of putting volumes of poetry in conversation with one another would be a longer shelf-life for more works. Another benefit would involve us recognizing developing trends and distinct innovations among a range of works. Finally, more writings on poetry would equip us to expand understandings of creativity in the field; doing so is typically constrained because of a lack of public conversation about works among scholars, poets, editors, and readers.