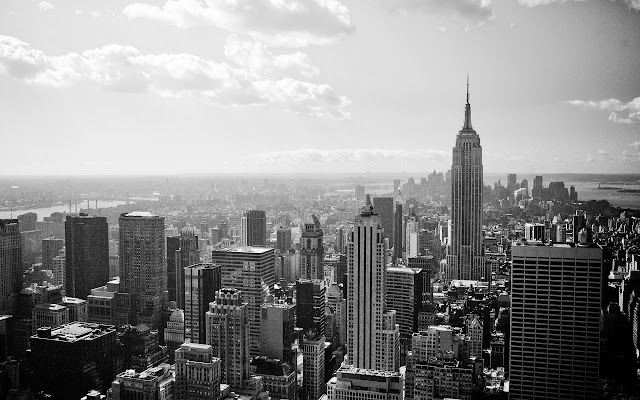 "I'm here because I was born here and thus ruined for anywhere else." --Colson Whitehead, The Colossus of New York

"He always wanted to live in New York." --Colson Whitehead, Zone One


In the past, many of our most canonical writers journeyed from somewhere else to New York City. Langston Hughes from the Midwest. Zora Neale Hurston and Richard Wright from the South. Ralph Ellison from Oklahoma. Toni Morrison from Ohio. The migration of African Americans to urban locales was an important source of inspiration for those writers.

Colson Whitehead, however, was born in NYC. For Wright and Hurston, childhood memories emerged from Mississippi and Florida, respectively. For Whitehead, it's Manhattan.

New York figures in some way or another in all of Whitehead's works. In The Intuitionist, the city is never named, but the fictive metropolis functions as an alternate reality for NYC much like Gotham in the Batman universe. Whitehead's John Henry Days and Apex Hides the Hurt do not take place in cities, but the protagonists are presumably from a large city, like New York. The Colossus of New York is a grand tribute inspired in large part because of the September 11 attacks.

Whitehead's Sag Harbor is set right outside of NYC, where the central character is from, and his zombie novel Zone One is set in a near-future New York City. For years now, NYC has been an important, recurring muses and canvas for Whitehead.