What if poets, taking a signal from Jay-Z, "decoded" their works? 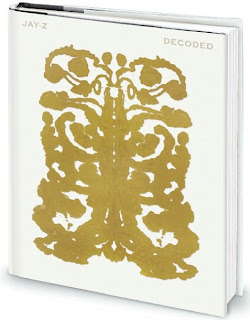 Wouldn't it be fascinating if the market supported the production of books by poets that resembled Jay-Z's Decoded? Imagine reading what artists had to say about their writing processes over an extended period of time, the creation of key works, their feelings about their receptions, and how they engaged other artists and the overall field. I'm aware that folks can sometimes fictionalize narratives about their careers and artwork. Still, we'd have something to gain by learning what Elizabeth Alexander, Amiri Baraka, Elizabeth Alexander, Natastha Trethewey, Nikki Giovanni, Rita Dove, Kevin Young, and many others have to say about their careers as poets and their individual poems.

For the most part, you gain first-hand accounts from poets about specific works in bits and pieces--from interviews, during the setup of poems at readings, or during question and answer sessions after a poetry reading. So much depends on the questions posed and how willing the poet is to share. Rarely do we have book-length prose treatments by prominent poets about their development over a course of years and about their thoughts on some of their signature pieces.

Jay-Z's book provides a useful model of what a decoded book on poetry might contain. The design of Decoded, which contains dozens of photographs and different fonts, would likely be difficult for most publishers to fund, especially for literary artists as opposed to a rap superstar. However, the content, with an artist describing and footnoting his past work, seems practical and possible.

What I have in mind, by the way, is different than a conventional memoir. The part where poets would engage and offer their own explanations of their work, decoding specific words and phrases would, I imagine, be illuminating in some instances. What kind of thinking and drafting did Alexander do to prepare "Praise Song for the Day" for Barack Obama's presidential inauguration? What were Baraka's thoughts on the writing of and fallout from "Somebody Blew Up America"? Kevin Young has published several volumes comprised of many poems; which select pieces would he single out as most notable or worthy of extended discussion over the course of his career?


Decoded gave Jay-Z an opportunity to share his ideas about rap, including his thoughts on the field's overall histories and his views on collaborators and rivals. In the process, he further established connections with his audiences and contributed to shaping perceptions of his intellectual development. The production of decoded-like books or even essays by contemporary poets concerning their work and the field of poetry might be similarly worthwhile.
Posted by H. Rambsy at 12:53 PM