My Body is Your Problem (Not Mine) 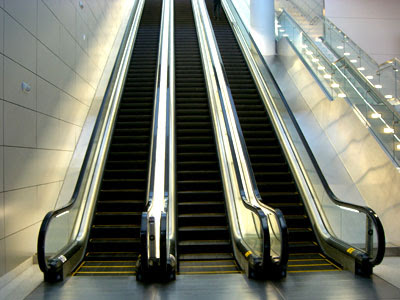 When Howard Rambsy asked me to write a series of blog posts, vignettes really, about the intersections of Black Studies and Disability Studies, I more than happily obliged. His request was an attempt to leverage a small “fee” for my request of his successful grant applications. Far from a tax on my time or brain, this really just allowed me to put down on paper the things I think every day. However, I ran into a roadblock rather quickly. I wanted to avoid the personal in my blogs: keep it to politics, publications, and the profession. Let me tell you why that didn’t and couldn’t possibly work out.

[related:  When & Where We Enter: Black Studies Scholars & (Cap)Ability]

First, let me explain how I came to these thoughts. I arrived in Dulles International Airport, and I realized quickly that this is personal. Dulles is the most poorly designed airport I have ever been in (way worse than Detroit), further proof that Capitol Hill is not the only place Washington attempts to break spirits. You have to travel up and down stairs and escalators to get from point A to point B.

[related: Outliers and Out Right Lies; or How We “Do” Black Disability Studies]

If you use the elevators, fuggedabowdit, you may see the train to the next terminal rushing away from you at a snail’s pace as it tells you: “The doors are closing. Please step away from train.” Not only that, I had to ride (in my motorized scooter) flanked by pictures of morose looking people of color championing the American flag. It is also Olympics time, which means that the conglomerate United Airlines has bought advertising space full of brown Olympian bodies jumping in mid-air, swimming in mid-stroke, and hurtling at about lightning speed toward their intended gold (sonic pun fully intended).

Clearly, these images now do more to annoy me than to make me angry. I am used to them. It is not merely that no one thought about the amount of wheelchair users, scooter users, baby carriages, crutch users, blind, Deaf, elderly, toddling, fat, and otherwise non-normative bodies that would take up this space. It is not merely that they chose super able brown and black bodies to represent the Olympics (that swimmer was neither Michael Phelps nor Ryan Lochte). It is both since the institutional structures of airports and airlines ostracize the very people that use their services and they juxtapose them with images that reproduces the logics of slavery (and its close kin, the prison industrial complex).

Anne du Cille once said at an American Studies Association panel (“The Roots and Routes of Black Feminism” convened by Leigh Raiford) that her lack of intimacy was not just her problem, but also ours. Her logic was that a lack of intimate relationships between people speaks volumes about the social environments that deprive people of those relationships. The same logic undergirds my statements here. My inability to maneuver through Dulles (or DTW or LAX or LGA or EWR or DEN or any other airport) is your problem. Black Studies has done too much work on institutional racism to sit silent while institutional ableism relies on racist rhetorics to run amuck. Not in in my name. And, not in yours either.


Related:
******
Therí A. Pickens is an assistant professor of English at Bates College and a contributing writer for the Cultural Front.
Posted by H. Rambsy at 2:39 PM