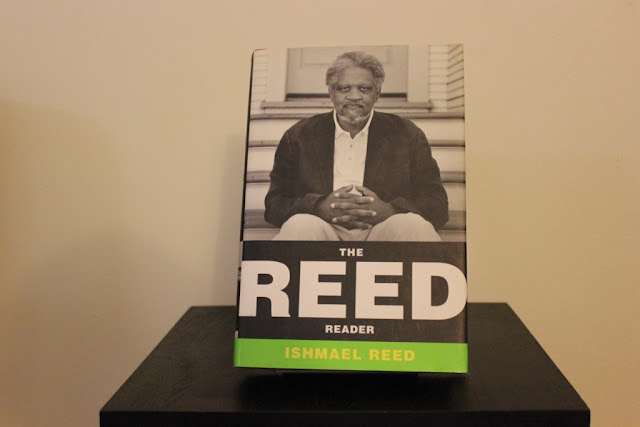 I teach courses about African American literature, so most students arrive to my classes expecting our reading materials to be serious and boring. Perhaps, some hold that opinion for the duration of the course. But then, there are occasional moments throughout the semester when students discover something unexpected, at least for the context of a serious, boring literature course. A few poems that make them laugh.

In my courses, we often read poems about slavery, a topic that large numbers of black poets have consistently written about for more than a century now. The subject of enslavement and oppression is, no doubt, a solemn subject that necessarily prompts sad feelings about the struggles of African Americans and contempt for slave owners. Based on the serious feelings the subject of slavery invokes, students are particularly surprised and amused when we come across Ishmael Reed's humorous and satirical poem "Flight to Canada," where he assumes the first person perspective of an intelligent ex-slave who uses modern-day slang, describes riding on a Jumbo Jet and signing autographs for adoring fans, and mocks his former owner.

Reed's poem appears as the opening of his book Flight to Canada, a novel that is laugh out funny all the way through as well. Reed's poem really stands out for the young people in my courses, because it's such a strange experience for them to read a funny poem about slavery. The piece has become so popular among the students in fact that when I ask my classes, by show of hands, do they have an idea what poem of the dozens we've read that they would prefer to write an essay about, many hands are raised. However, more than half of those hands go down when I add, "Beyond the Ishmael Reed poem, how many people have strong feelings about a poem that they would like to write an essay about?"

In a short essay about research studies on humor, Sam McNerney noted that "Good jokes succeed by leading you down a path of expectations only to fake you out at the last minute; they set you up for X and then deliver Y." He points that "humor arises from the incongruity" between expectations and occurrences. That explanation of humor helps to explain why so many of my students are amused by Reed's poem. In the context of a boring literature class during discussions of slavery of all topics, reading a poem presented as a letter from an ex-slave to his former master that opens with "Dear Massa Swille / What it was?" produces an incongruity with expectations.

I was writing recently about why young, potential poetry readers need advocates, that is, people to identify and promote their needs and interests. If I were such an advocate, I would certainly be inclined to mention that the young readers I encounter would want fun and funny poems to be a little more available in literature courses and anthologies than they are now. Actually, there are perhaps many funny poems and poets out there, but maybe not enough of them are taken seriously by literature teachers, scholars, editors for anthologies, literary award judges, and other poets.

Over the years, my students and I have covered hundreds of poems. Few, if any, have been as well received and popular as Ishmael Reed's "Flight to Canada."
Posted by H. Rambsy at 10:12 AM

Thanks for sharing with us,,
fathers day 2014