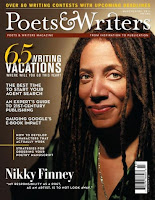 African American poetry continues to receive little news coverage, but there were a few books and poets that generated extended commentary in 2011.

First, Kevin Young's book Ardency: A Chronicle of the Amistad Rebels, published in late January, received a relatively large number of reviews and notice, especially for a volume of poetry. No other volume by an African American poet received as much coverage as Young's book. There was some talk here and there about Evie Shockley's the new black, Tracy K. Smith's Life on Mars, Rachel Eliza Griffiths's Mule & Pear, Yusef Komunyakaa's The Chameleon Couch, Reginald Shepherd's Red Clay Weather, and Carl Phillips’s Double Shadow.

In May, Barack and Michelle Obama hosted a poetry reading at the White House that drew considerable attention in large part because Common was invited to read at the event. Some Republicans, including Sarah Palin, questioned whether it was appropriate to invite a rapper whom they considered to be "controversial." Notably, the commentary about Common's invitation and presence made him, a rapper, the most discussed "poet" at the White House reading.

Nikky Finney appeared on the cover of the March/April issue of Poets&Writers, which contained a major profile on her and commentary about her volume Head Off & Split. When Finney won the National Book Award for Poetry in November, she received extensive coverage.

The most widely discussed and covered poetry news toward the end of the year has been the focus on Helen Vendler and Rita Dove. Vendler offered a negative, troubling review of Dove's anthology The Penguin Anthology of 20th Century Poetry. Dove offered a strong response, and their conflict drew extensive commentary.
Posted by H. Rambsy at 9:26 AM