The Case for Colson Whitehead's Zone One in 2011 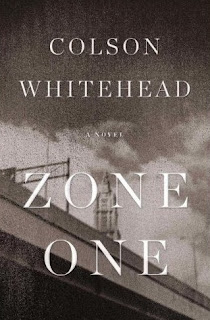 In 2011, the publication and coverage of Zone One by Colson Whitehead was one of the major events, or really series of events, in African American literature. By my count, the book received more than 110 reviews in online and print publications, not to mention the dozen or so accompanying interviews and profiles on Whitehead.

Whereas such a large number of reviews is remarkable enough, what made the coverage of Zone One even more notable was how the novel prompted so many reviewers and commentators to discuss the significance of a literary novelist writing genre fiction, in this case, a zombie novel. Zone One, set in New York City during the near aftermath of a zombie apocalypse, appeared at the right times to gain wide exposure.

For one, the book was published during a moment when popular culture is experiencing (or displaying?) intense interest in zombies, most notably with the popular television show The Walking Dead. In addition, Doubleday, Whitehead's publisher, wisely released the novel on October 18, just in time for Zone One to be linked to activities associated with Halloween. To be sure, on October 31, Whitehead hosted a screening of George A. Romero's Night of the Living Dead at the Library of Philadelphia.

Rarely does an African America authored work that has yet to receive a major award or that has yet to be turned into a film receive so much coverage. The marketing or promotional strategists at Doubleday certainly deserve credit for publicizing the book, and Whitehead deserves credit for the compelling story and writing. The vast majority of 100-plus online and print magazine reviewers were overwhelmingly positive about Whitehead's book; the more than 130 reviewers on amazon.com are nearly equally divided on where they stand with Zone One.

Despite the widespread coverage of the novel, Zone One received little notice in African American popular venues in part because few of those sites devote considerable attention to literary novels.  Scholars of African American literature concentrate on literary novels, but typically not contemporary ones, which explains the absence of noted black literary critics offering commentary on Whitehead's book.

The reviewers in mainstream venues rarely, if ever, highlighted that Whitehead is a black novelist. As far as I could tell, there was no discussion concerning how Zone One fit within traditions of African American literature. There was almost no mention of the racial implications of zombies and zombie stories, except for a Wall Street Journal review that offers a little historical context and Whitehead's observation in an interview that "Night of the Living Dead is the story of a black man on the run from the mob of white people who want to destroy him."

The extensive coverage of Zone One this year marked an important event in the history of African American literature, even if we have yet to give that publishing event adequate attention.
Posted by H. Rambsy at 8:56 AM