College classes on "The Wire" and Jay-Z 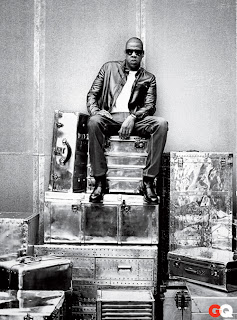 A couple of years ago, there was a rise in college courses being taught about the popular HBO series The Wire. Professors at Harvard, Duke, UC Berkley, and various other schools taught courses on the show. Drake Bennett wrote a piece for Slate about those college courses and noted that "Some sociologists and social anthropologists, it turns out, believe The Wire has something to teach their students about poverty, class, bureaucracy, and the social ramifications of economic change."

This semester, a class taught by Michael Eric Dyson at Georgetown University entitled "Sociology of Hip-Hop — Urban Theodicy of Jay-Z" has been getting quite a bit of media attention. College professors have been teaching courses devoted to hip hop for years now. But maybe a course focusing on a single major figure (Jay-Z) by a nationally known and popular professor (Dyson) at a prestigious university has fueled the increased attention in the Jay-Zclass.

Years before those classes devoted to The Wire and now this one devoted to Jay-Z, there had been courses in sociology focused on black people and black men in urban areas in particular. A range of sociological studies had also concentrated on African American males in cities.

Leading sociologist William Julius Wilson taught a course on The Wire at Harvard. Interestingly, David Simon, one of the creators of The Wire, has said that Wilson's book When Work Disappears was an inspiration for the show's second season. The links between sociology, The Wire, and troubled black men are apparent.

When Idris Elba, one of the stars of The Wire, met the rapper sometimes known as Hov, said that "meeting Jay-Z was like meeting Stringer Bell," the popular character that Elba played. Stringer, like Jay-Z is known for being intelligent, calculating, visionary, and a figure who looks to move well beyond street culture.

Aside from students being enthralled with a course about an iconic musician and entertainer, I imagine that Dyson's sociology course on Jay-Z is appealing because it extends the long-standing popular and sociological interest in bad black men in American culture. That there is already a tremendous body of work in the field make college courses on The Wire and now Jay-Z possible.
Posted by H. Rambsy at 2:58 PM

My colleague and I are thinking about co-teaching a class in the law school. This material is pedagogically ripe for today's visual learners.

Yeah, the visually and musically inclined since that's there too.

I pray more universities see the value in these kinds of courses and follow suit. Breaks the monotony of traditional classes but covers the same ground.