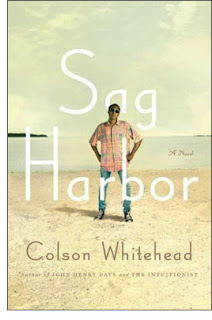 So far, reviews of Colson Whitehead’s newest novel Sag Harbor, which was published last week, have appeared in more than 30 publications, including The New York Times, The Washington Post, the Village Voice, Entertainment Weekly, and Time magazine. It’s extraordinary for any novel to receive such a popular reception, and it’s especially remarkable when an African American novel receives this much recognition.

As an enthusiast of Whitehead’s writing over the last ten years, I enjoyed reading the positive and large number of reviews this past week. The reception he’s received seems to confirm the idea that Whitehead is a highly talented, inventive, and entertaining writer.

My interest in the developing publication history of African American literary art is leading me to raise some questions, though, related to the reviews of Whitehead’s new book. For one, what effect—positive and negative—does the ascent of a single black writer have on the numerous black writers whose works receive very little attention?

Also, in the publishing world, the majority of reviewers and venues for reviews often cater to white American values and interests—-a fact made more evident when considering how reviewers routinely mention the “universal” nature of Whitehead's work as a way of justifying how a presumable black book relates to white audiences. Whatever the case, I wonder what 30-plus reviews that privilege African American values and interests would look like? (Of course, we’d be hard-pressed to find a large number of mainstream venues that showcase black literary art, right?)

Finally, what opportunities and challenges does the extraordinary success of a Colson Whitehead pose for African American literature in general?

I’m still thinking through these issues, so please feel free to drop me a line and help me sharpen my questions and thinking.
Posted by H. Rambsy at 6:27 PM