Toni Morrison and Amiri Baraka photographs from the EBR Collection

October 5 and 6, we hosted 602 students for an exhibit featuring Toni Morrison and Amiri Baraka photographs from the Eugene B. Redmond (EBR) Collection.
Redmond produced an outstanding body of writings. He is also known as a photographer and cultural historian. Over the years, he took more than 150,000 photographs of poets, novelists, singers, jazz musicians, and more. 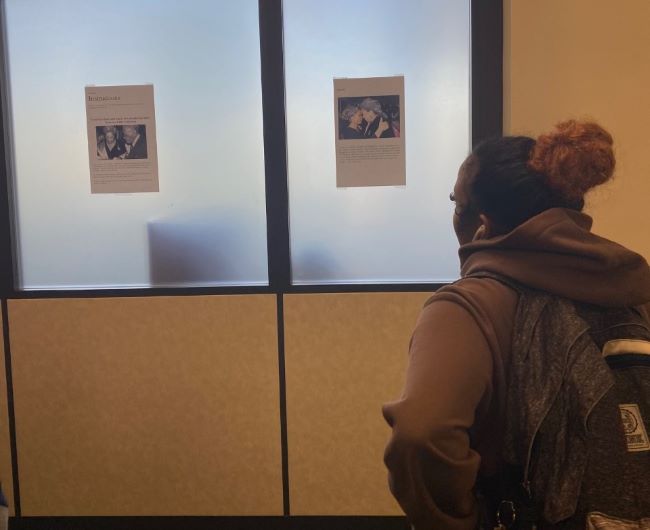 He took photographs of Katherine Dunham, Lucille Clifton, Nikki Giovanni, Quincy Troupe, and Miles Davis among many others. Elizabeth Cali and I decided to curate an exhibit concentrating on two of his favored subjects, Morrison and Baraka.  We also included excerpts from writings by Morrison and Baraka and asked students to respond to a few questions about the contents.
Related:
• African American literary studies programming, fall 2022
Posted by H. Rambsy at 11:38 AM