William J. Harris could write a full book of poems about artwork.
He's been viewing artwork at  museums and galleries for decades, but I only became aware of him doing so over the last several years. On Facebook, he posts short notes with his thoughts on paintings he views at museums in New York City.
I recently read his poem "The Black Card Players: A Collage," which references Romare Bearden's The Cardplayers (1982) and Paul Cézanne's The Card Players (1890-1892). Well, Cézanne produced a series of card playing images. See here, here, here, and here.
In the poem, Harris highlights some of the ways that Cézanne's and Bearden's paintings differ. He notes that the men in Cézanne's painting "intensely stare / At their / Cards," while one of the men in Bearden's images "Vacantly stares / Out / Toward us / But not looking / At us."
In Cézanne's painting, the spectators stare off "Musing on / Their own lives," and in Bearden's painting there are no spectators.
Over the years, I've read many poems by black poets about artwork, but Harris's poem is the first one I read that had me thinking about the relationships between paintings by black and white artists.
Harris's poem also prompted me to read more about the two paintings, which in turn led me to several different paintings by artists who presented cardplayers.
For one, there's Caravaggio The Cardsharps, circa 1594.
*****************************
Jan Lievens produced Card Players (1625). 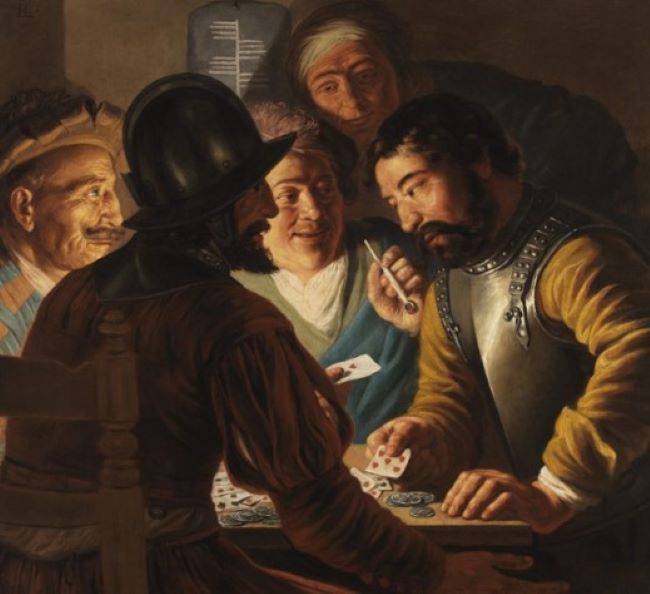 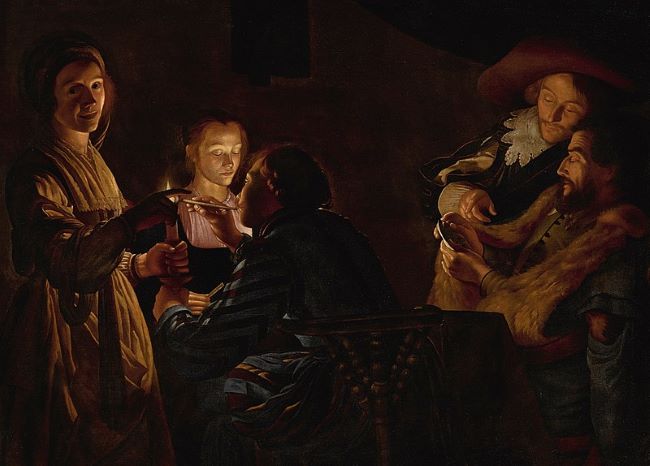 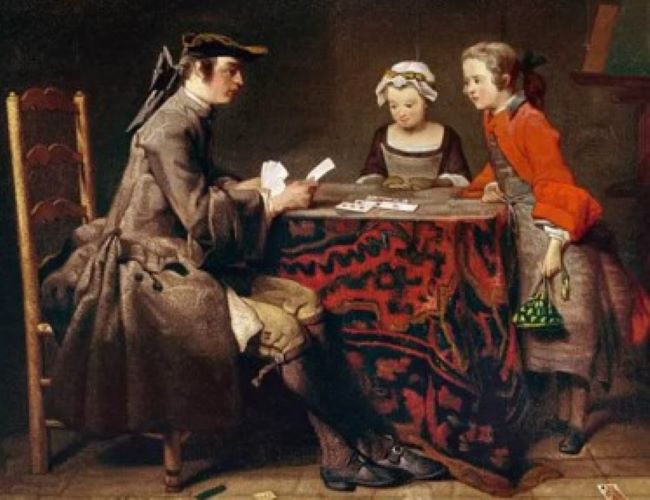 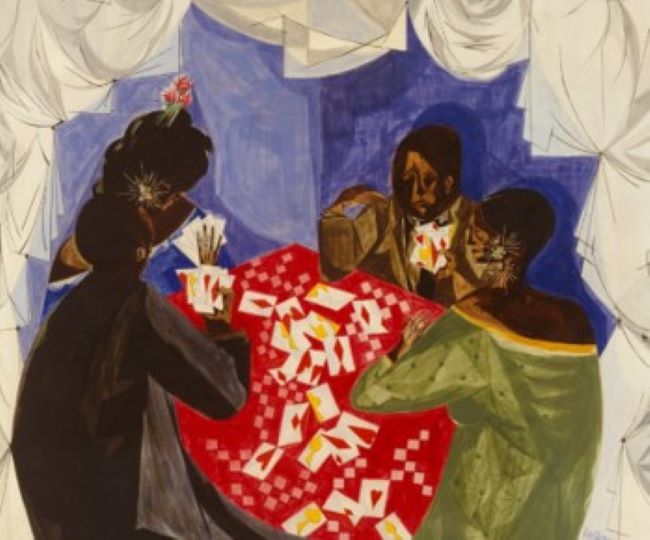 *****************************
And listen, I know what I'm mentioning next isn't considered high art, but I started thinking about those images in the series Dogs Playing Poker. Cassius Marcellus Coolidge first produced a painting of the dogs playing poker in 1894 and then a series of 16 oil paintings in 1903. His images or variants of his images have a prevalent history in popular culture.
Related:
• William J. Harris, Jacob Lawrence, John Biggers, and The Beauty of Barrenness
• A Notebook on William J. Harris
Posted by H. Rambsy at 3:44 PM