Langston Hughes's "The Negro Speaks of Rivers" is one of the most widely anthologized African American poems, and to chart the work's circulation, I have developed an extensive bibliography of reprints of the poem in dozens of anthologies. Below, I provide a few examples of graphs based on data I collected about the appearances of the poem by decade.
First, here's a look at the decades and number of anthologies that included the poem.
1920s: 3 anthologies
1930s: 3
1940s: 4
1950s: 2
1960s: 5
1980s: 5
1990s: 18
2000s: 14
2010s: 5
2020s: 1
"The Negro Speaks of Rivers" was reprinted in 18 anthologies during the 1990s -- more than any other decade in my dataset.  The poem appeared in 14 anthologies during the 2000s -- the second highest total. During the 1980s, Hughes's poem appeared in only 5 anthologies.
Now, here's a look at the information with a scatterplot graph: 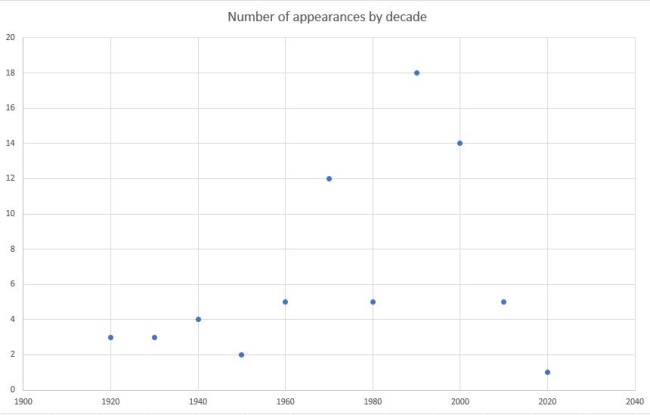 Here's a look at the scatterplot with lines, which accents the rises and dips. 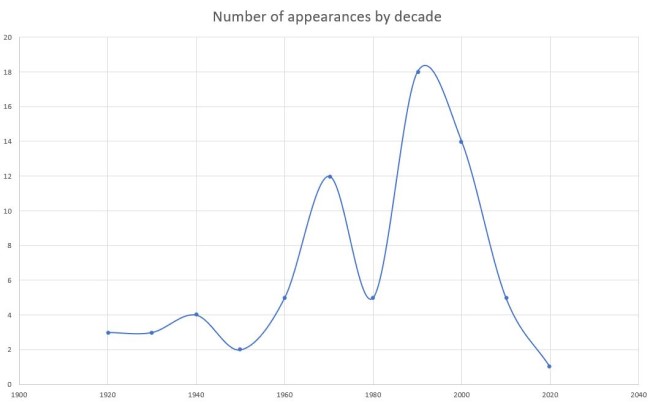 And one more: a bar chart: 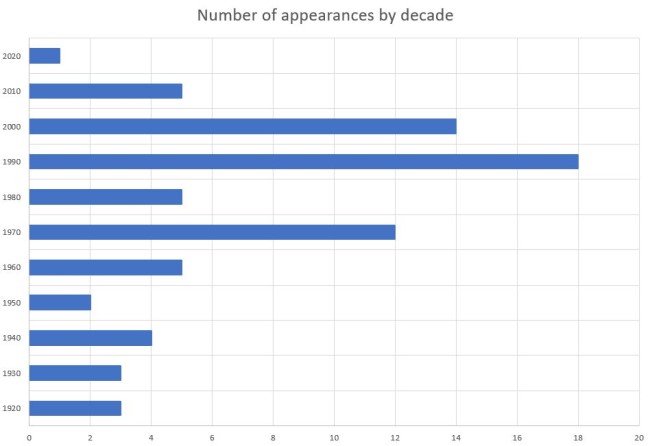 It's one thing to state that there were some spikes in decades of apperances, but presenting that statement along with graphs offer possibilities for visualizing bibliographic data.
I plan to extend this kind of work -- using data and visualizations -- to highlight aspects of African American publishing history.
Posted by H. Rambsy at 10:42 AM