Sequoia Maner in the mix 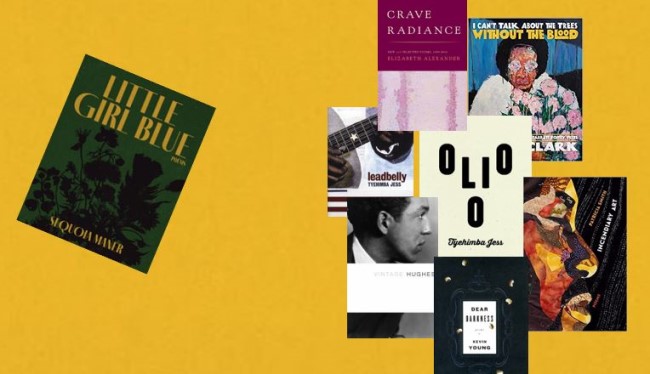 Sequoia Maner's Little Girl Blue shows intersects with several different poets, poems, and volumes of poetry that I've read over the last several years. I wanted to offer a brief, non-exhaustive run down of some of the connections, just because...

As a poet-researcher, which is to say a poet who produces work based on several key archival or public sources, we can link Maner's work to works by Robert Hayden, Marilyn Nelson, Frank X. Walker, Treasure Redmond, Adrian Matejka, and more.

Maner includes some contrapuntal poems, so of course, we gotta can begin aligning her with Tyehimba Jess, whose Leadbelly (2005) and Olio (2016) also engage those intricate, multi-jointed poems.

We also see Maner doing serious black elegy work, and that links her to too many poets to name. A very short list would include Paul Laurence Dunbar, Langston Hughes, Hayden, Patricia Smith, Kevin Young, Elizabeth Alexander, and on and on and on.

As a poet writing contemporary black elegies, we can place her among those many poets who've produced poems about Trayvon Martin, Sandra Bland, and other figures whose names appear in the context of Black Lives Matter.

The poems on black musicians in Little Girl Blue means that we can connect Maner to numerous folks who've written on such figures. That includes, at the very least, Sterling Brown, Amiri Baraka, Nikki Giovanni, Sonia Sanchez, again Tyehimba Jess, Tiana Clark, and many others.