Amanda Gorman and the worlds of Black Poetry 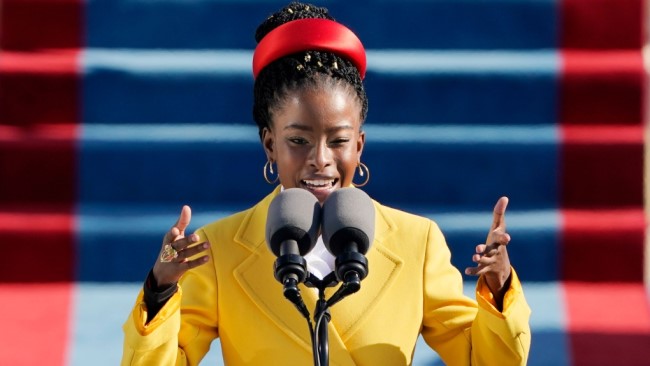 Amanda Gorman's inauguration poem has been rightly receiving enthusiastic praise in various media outlets and publications, including The New York Times, CNN, The LA Times, NPR, and Good Morning America. Commentators have yet to speak of Gorman and her poem in the context of African American literary art, yet she and her work connect to many worlds of Black poetry.

For one, Gorman joins Maya Angelou and Elizabeth Alexander, who delivered inaugural poems in 1993 and 2009, respectively. In this regard, Angelou, Alexander, and now Gorman reside in a rare position. It is unusual for Black poets to receive such a tremendous platform for a reading. By and large, poetry readings are organized by and for people within poetry or literary communities.

The modes of delivery, including rhymes, language of empowerment, and facial expressions, linked Gorman to spoken word communities. Those communities include poets from a range of backgrounds, and African American poets have been central to that creative domain for decades now. Spoken word is poetry, but then it is apart from the print-based poetry that many people encounter in English classrooms.

Gorman is often described as an activist, so she joins a tradition of activist-poets that include Amiri Baraka, June Jordan, and Tony Medina, to note just a few. Contemporary emergent poets are sometimes advised to avoid politics in verse, as Tracy K. Smith has noted. But that has not been the case with Gorman.

Given the large numbers of noted literary artists, the designation of "young poet" constitutes a key category for Gorman. She was, after all, awarded the title of the first National Youth Poet Laureate in 2017. That designation was the result of Gorman winning a competition, where she vied and won against other poets.

Her debut volume The Hill We Climb will be released in September 2021. After her reading at the inauguration, pre-orders for the book pushed it to the top of the bestseller on Amazon. In September, Gorman will belong to the world of contemporary volumes of poetry by African Americans.

The world is blessed and better for the presence of Aamanda Gormaan and her perceptive bullient work.