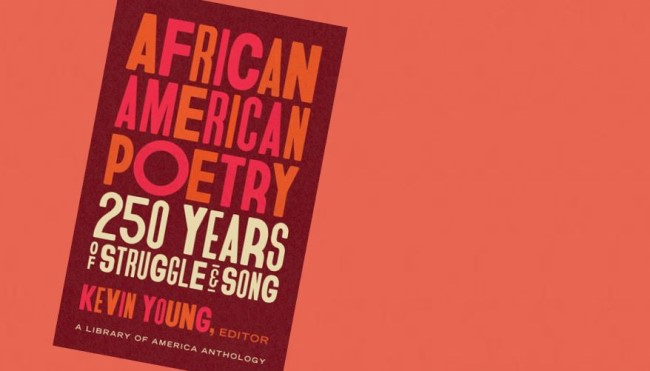 African American Poetry: 250 Years of Struggle & Song (2020), edited by Kevin Young and published by the Library of America, is an expansive anthology showcasing works by 246 writers. The collection contains poems by canonical figures such as Phillis Wheatley, Langston Hughes, Gwendolyn Brooks, Amiri Baraka, and Rita Dove, as well as individual selections by dozens of poets who published their first volumes during the twenty-first century.

The book extends the ongoing practice of assembling many poems published across more than two centuries under the general heading "African American poetry." This anthology confirms Young's reputation as a resourceful literary editor and cultural curator. Teachers at the high school and college levels, especially those seeking to offer surveys of African American poetry, will find the collection useful based on the introductory remarks, coverage, content, and biographical sketches. 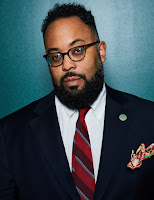 Young opens the introduction noting that "African Americans have written and recited and published poetry about beauty and injustice, music and muses, Africa and America, freedoms and foodways, Harlem and history, funk and opera, boredom and longing, jazz and joy." He goes on to note that "They wrote from a world they made and a world that, at times, seemed to distract and at best, to dis or destroy at worst. For African Americans, the very act of composing poetry proves a form of protest."

In short, African American poets, sometimes under duress, have produced works on a marvelous variety of subjects. In numerous instances, their writing served as forms of protest and resistance, though I think that there is also writing and publishing done for the purposes of conformity and for personal and professional advancement that are not aligned with Black struggle. Recall that nearly one hundred years ago Langston Hughes accused a fellow African American poet, presumably Countee Cullen, of "subconsciously" wanting to be "a white poet." Variations of such critiques and counter-arguments have persisted in the realms of African American poetry, and such tensions are important to keep in mind when encountering anthologies, which necessarily seek to downplay some conflicts.

Within each section, except the first one, the poets are presented alphabetically based on their last names. Young provides a brief overview of each of the sections, identifying various poets who contributed to shaping the moments. The organizational approach to temporal sections that Young takes is common among anthology editors, though many collections arrange authors within a section based on birth year, rather than last name.

Young opens his remarks with section one by noting that "the African American poetic tradition begins with Phillis Wheatley, the first Black woman to publish a book while in the Americas." I've long been familiar with similar claims about Wheatley. However, I also thought of another collection, Trouble the Water: 250 Years of African-American Poetry (1997) edited by Jerry W. Ward, Jr. He opens his introduction noting that "the beginnings of African-American poetry are in speech and song." He goes on to state that "What is primal about its origins and strongly marked in its continuity as a tradition suggests the value of listening to the poetry as carefully as we read it silently."

It's fascinating that Ward's African-American poetry anthology from 1997 and Young's African American poetry anthology from 2020 both concentrate on "250 years" of verse. The two editors diverge, though, on where they locate beginnings. I'm assuming that the primacy Young places on Wheatley refers to where she resides with respect to book history in poetry. Earlier in his introduction, Young acknowledges that Jupiter Hammon was the first African American to publish poetry in a magazine. "But," Young argues, "it wasn't till Wheatley that an entire tradition began to emerge."

The musicality and Black vernacular culture that pervades Young's books of poetry, essays, and other anthologies convince me that he is quite aware of the many other trajectories of Black poetic traditions. But listen: recording the aural and vernacular qualities of Black verse in a literary anthology ain't never nothing that's easy.

The large number of poets that Young includes is notable, and so is the wide span of time encompassed by the birth years of the contributors. Jupiter Hammon (1711), Lucy Terry (1730), and Wheatley (circa 1753) are represented, and so are Rickey Laurentiis, Danez Smith, and Jamila Woods, all three of whom were born in 1989.

The eight sections that Young presents will serve classroom teachers well as we seek to present information about groups of poets and literary eras to students. The overall introduction is informative while at the same time accessible to general readerships.

While many of the poems and poets are familiar to those who study African American poetry, there are some surprises. Most notably for me was the presentation of poems by David Drake, also known as David the Potter, an enslaved man from South Carolina who produced pots, several of which he inscribed with short lines of verse. (Here's one presentation of Drake's writings, though others, including Young, offer alternate views of the transcriptions).

Young's anthology also stretches views of what constitutes "African American poetry," by including selections by Caribbean, Puerto Rican and Cuban poets. Young observes that those poets "wrote of their Black heritage and proved an undeniable influence on mainland U.S. poets (and vice versa)."

As I read through the collection, I was reminded that the presentation of authors in a single literary era poses challenges for anthology editors, especially since so many writers produced work during multiple time periods. Gwendolyn Brook,  Dudley Randall, and Robert Hayden are rightly presented in the "Ballads of Remembrance, 1936-1959" section, but they no doubt produced important works in the 1960s, 1970s, and beyond.

And what about Amiri Baraka? Here, in this anthology, he's situated in section five, "Ideas of Ancestry, 1959-1975." But we all know that he sang, shouted, danced, cast spells, uttered wonderful wordless phrasings, participated in anti-war marches, and oh yeah, wrote and published poems, well beyond the parameters of Black Arts. Good luck adequately anthologizing figures as prolific and durable across decades as Baraka in a single book.

And hey, speaking of prolific, hard-to-anthologize poets, Young modestly includes just one of his own poems. I get why, as editor, he'd limit the poems he presented here. But do note that he has published ten volumes of poetry across three decades so far, not to mention his other works, with no signs of slowing down.

Some general anthologies, like The Norton Anthology of African American Literature (2014) treat "the contemporary period" as literary works produced post-1975. That seems vague and too expansive. Thus, I was pleased to see Young break period after Black Arts up into three temporal moments: 1976-1989, 1990-2008,  and 2009-2020. A little over half of the 246 poets included in this collection appear in those last three sections.

Young points out that the two closing sections "Praise Songs for the Day, 1990-2008" and "After the Hurricane, 2009-2020" represent what is "arguably another, more current renaissance, an explosion of talent and culminating of tradition." He mentions that several of the poets in the sections were affiliated with Cave Canem. It's also worth noting that many also earned MFA degrees, since the expansive growth of creative writing programs since the 1990s has been so consequential for the field of contemporary poetry.

On the one hand, it's really good news that Young closes the book with so many contemporary Black poets. On the other hand, there's a trade-off: because of space constraints, he could only include one poem by most of those poets. More poems by individual contributors would have likely meant fewer overall contributors.

Look: poetry is a seriously crowded and competitive field. So I fully understand why Young could not include even more poets. Still, I also empathize with the many poets who will likely feel a certain kind of way for not being represented here. Exclusion from white anthologies is one thing and somewhat expected, but I imagine that talented, hardworking African American poets understandably harbor some frustration when they are left out of an important Black poetry anthology like this one.

But it's tough on multiple sides. As someone who's taken his fair share of criticism for not writing about enough African American poets, I can imagine the kind of pressures an editor has working against various constraints of space.

The "struggle" in the subtitle of Young's book mostly refers to poetry addressing confrontations overcome racism and numerous oppressive forces. In some of my studies of African American poetry however, I have learned that competition for admittance to prestigious creative writing programs, employment, fellowships and awards, recognition among audiences, and inclusion in important journals and anthologies represent notable professional struggles for Black poets as well.

Related:
• Black writers and the Library of America Series
• From 250 Years to 250 Years of African American Poetry
Posted by H. Rambsy at 9:32 AM