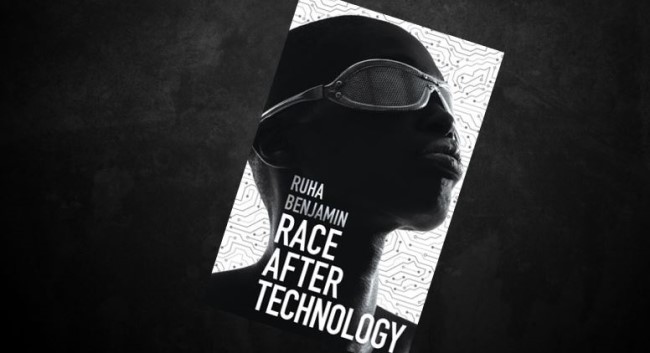 At one point during her presentation last week, Alondra Nelson advised the audience to look to the work of Ruha Benjamin as someone who is an expert "translator." In other words, Nelson was explaining that one of Benjamin's strengths is that she makes really complex ideas accessible to broad audiences.

Later that same day, I noticed an announcement that Benjamin was scheduled to give an upcoming talk. I attended, and she confirmed her deft ability to merge complexity and accessibility.

Benjamin's presentation yesterday was sponsored by Organic Oneness and UCAN -- two Chicago-based organizations. Both groups promote education, community, and black folks, among others. I was thankful to them for making this lecture freely available.

Benjamin gave a wide-ranging talk that touched on several of her intersecting research projects. She's good at linking past, historically resonant concepts to recent developments. So, her talk was entitled "Black Skin, White Masks," a nod to Frantz Fanon's famous book of the same title.  There's also Benjamin's recent book Race After Technology: Abolitionist Tools for the New Jim Code (2019). That last part plays off of Michelle Alexander's The New Jim Crow but also channels and blends in broader concepts--historical and present.

Beyond the point about Benjamin as an expert translator, I'd add that she's a serious mix master. That's one of the thoughts I had while listening to her presentation. She'll discuss an idea that you've thought about in one context, and she'll situate that idea in some other area as well. She'll put contemporary tech with Black history or science in the realm of visual art.

She observed that everyone is familiar with the popular statement "race is socially constructed," but encouraged us to consider that there has not been enough attention to the fact that "racism constructs." Benjamin did a play on the notion of "night vision," prompting us to consider how circumstances during this pandemic made things that were always already right here newly visible. At yet another interval in the talk while highlighting research on bias in classrooms settings, she noted that "schools are engines of inequality."

She talked about the possibility of viral justice--noting the varied implications of viral.

What I'm saying here is that as a literary scholar it was difficult for me to overlook the many rich metaphors that Benjamin interspersed in her talk.

In the biographical summary on her website, Benjamin states that she studies the "social dimensions of science, technology, and medicine, race and citizenship, knowledge and power." What these varied interests looked like in the context of her talk was a discussion about how some healthcare policies can, by design, end up increasing the possibility that the most vulnerable people will become sick. Or, it meant that Benjamin would discuss how "environmental policies ensure extinction."

Like I said, there's a mastery of mixing going on with what she was putting forth. It's really exciting and important to consider.