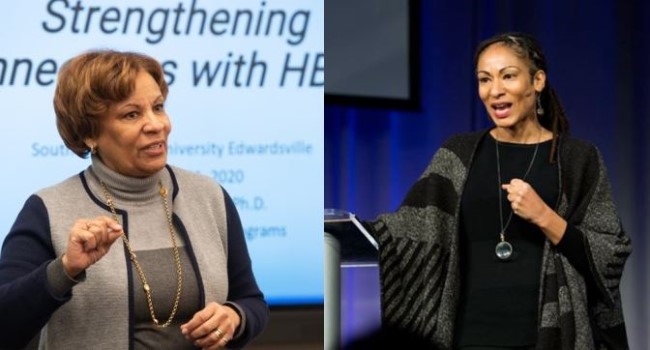 Some months back, I was talking to Cynthia Spence, director of the UNCF/Mellon Programs, about diverse strengths of various HBCUs. During the conversation, she made me aware of a vital force in the world: the rich tradition of Black women sociologists from Spelman College.

Spence, who's been a key mover and shaker at the college and beyond for decades, noted that Spelman has done exceptionally well graduating sociologists who went on to later earn PhDs and law degrees, and attain other achievements.

The conversation about those Black women sociologists from Spelman came back to mind as a host of a program was introducing the main speaker, Ruha Benjamin. The seemingly small biographical detail that Benjamin graduated from Spelman with a major in sociology and anthropology hit different given my new knowledge.

There's something special that links this Associate Professor of African American Studies at Princeton to Spelman and sociology. Benjamin and Spence and dozens of others moved from a common path with their early intellectual journeys.

Now, I don't want to over celebrate the field of sociology. Benjamin even noted to her audiences during her recent presentation that she was mindful of limits and biases within the field. So there's that. At the same time, it's fascinating to consider that these Black women were invariably reshaping views and functions of sociology based on their presence and contributions.

Spence directs a program that has led well over one hundred Black students to earn PhDs and become college professors. Benjamin does exciting work that considers the "social dimensions of science, technology, and medicine." Angela Banks is a legal scholar, who does work on immigration and citizenship. Saida Grundy researches and writes about "gender and racialization within the Black middle class–specifically men." There are seemingly no direct links between their current projects, but they and many others all emerged from sociology at Spelman.

Look: somebody should do a sociology of Black women sociologists from Spelman. More broadly, it would be helpful to study how various HBCUs and other institutions developed histories of producing outstanding scholars in particular majors. You could start by consulting someone like Spence who possesses the last few decades of institutional memory concerning many of our schools.

Alright, but having said all of this, while Spence and Benjamin are part of that rich tradition, they are also outliers. I mean, Benjamin wasn't just a sociology major at Spelman, she was the valedictorian of her class when she graduated. Spence has been legendary for quite some time. I realize outliers aren't always representative of the masses.

Still, when we consider their origin stories, we can't get over the fact that classrooms comprised of Black women sociologists are integral to their narratives.