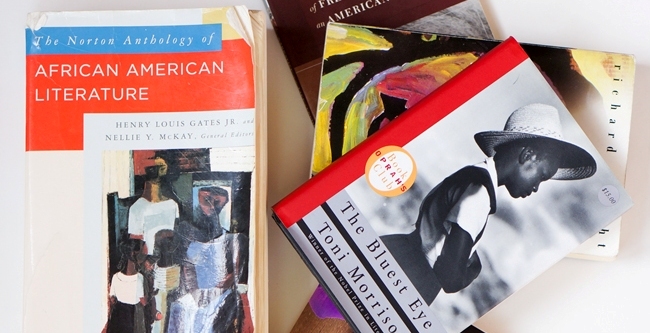 I've been thinking about when contemporary African American literature begins for quite some time now. As a graduate student in the early 2000s, I was examining literature anthologies, and I was curious about the challenges faced by anthologies during the 1970s when pinpointing contemporary authors and works.

I was also thinking about surveys of African American literature as I prepared to begin and then began my career as a professor. I was teaching survey courses, and I wondered how we might label the current era. There were names for previous moments like the Harlem Renaissance of the 1920s and the Black Arts Movement of the 1960s and 1970s. But what were labels for moments after that?

The suggestion is still that the contemporary moment begins in the 1970s. I don't fully buy that. While I do think that there was a shift during the mid to late 1970s with the decline of the Black Arts Movement, I don't think it has been continuous from that time until to now. That is, I don't view 1976 - 2020 as a single historical era in African American literature.

I think that major events in the field have occurred that make the 1970s and 1980s distinct from the 1990s and twenty-first century. But how do we periodize or mark the beginning and close dates of these moments? It's worth giving the subject some thought.
Posted by H. Rambsy at 8:51 AM