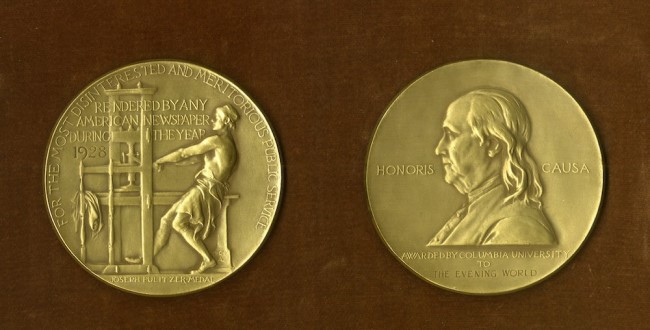 I was taking a look at Pulitzer Prize for Poetry winners. It turns out that there's a notable age gap between black recipients and everyone else. Since 1980, the average age of the forty-four Pulitzer Prize winners was fifty-eight. (There were two winners in 2008).
The average age of white poets when they received the prize is 60, and the average age of the seven black recipients is 44. Over the last forty years, W.S. Merwin was the oldest, at 82, when he won the Pulitzer in 2009. Rita Dove was the youngest, at 35, when she won the award in 1980.

What difference does it make that black poets tend to win at much earlier ages than white poets? Really, there are too few black poets to make an adequate comparison. Still, it's worth considering whether major awards and support in general arrives at different stages in the careers of white and black poets.
Only 6 white poets were under 50 years old when they earned the Pulitzer. By contrast, only one black poet was over the age of 50.
I wonder if there are structures in place to support larger numbers of young black poets than somewhat older poets. Natasha Trethewey and Tracy K. Smith, the youngest recipients of Pulitzer Prizes for Poetry, at 41 and 40, respectively, in the twenty-first century, began their professional careers as recipients of the Cave Canem Poetry Prizes. Each of the African American winners of the Pulitzer previously participated in Cave Canem.   [Correction: I meant to say, the African American winners in the 21st century. But as noted below in the comments, two folks did not participate before winning the award.]
Related:
• Tyehimba Jess wins Pulitzer Prize for Poetry
• Margaret Walker almost won the Pulitzer in 1943
• Does the Pulitzer award for poetry favor "younger" black poets?
Posted by H. Rambsy at 8:30 AM

It is not true that “each of the African-American winners previously participated in Cave Canem.” This wouldn’t even have been possible since Rita Dove & Yusef Komunyakaa won their Pulitzers before 1996 when Cave Canem first started. It should also be pointed out that both Trethewey and Smith won the Cave Canem book prize, but had no affiliation or participation with the organization prior to winning. The book contest is open to any black poet and manuscripts are judged anonymously by an independent judge that changes each year. Only Pardlo & Jess were Cave Canem Fellows before winning the Pulitzer. If Cave Canem was interested in black poetic excellence it would make perfect sense for them to ask Pulitzer winners to contribute in some way to their organization. Rita Dove has served as a judge for the book prize and Yusuf Komunyakaa has served as Faculty. Smith has had no affiliation with Cave Canem outside of winning the Book Contest and Trethewey served as Faculty only many years after winning the book prize.

Also, for some reason, the Cave Canem site lists Smith as a participant in Cave Canem in 2004.